Apple has posted an update to the AirPort Client which includes several important fixes.

This update is recommended for all Macintosh computers running Mac OS X Snow Leopard 10.6.2 and includes fixes for the following:

• Inability to turn AirPort on or off in some cases after upgrading from Mac OS X Leopard
• An occasional loss of network connection when using Wake on Demand
• Inability to create a computer-to-computer network, or share the Internet connection on some MacBook, MacBook Pro, and Mac mini computers

You can download and install the update by selecting Software Update from the Apple Menu at the top left of your screen. 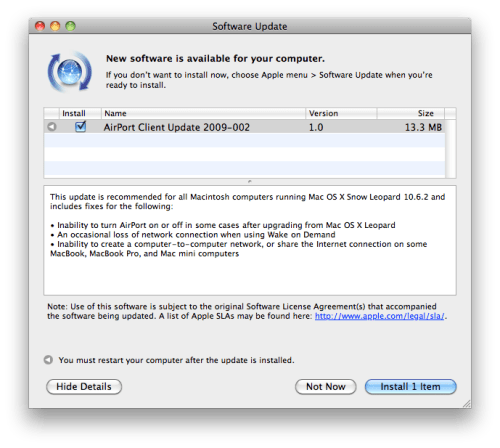