Apple is planning to debut a cheaper iPad at Tuesday's education focused event, according to a Bloomberg report. The event, announced last week, will be held at Lane Tech College Prep High School in Chicago on March 27th, starting at 10am CT.

The new iPad should appeal to the education market and help Apple compete with low cost devices from Microsoft and Google. Previous reports have estimated that it will be priced around $259. Sources say Apple will also showcase new software for the classroom.

In Chicago, the world’s most-valuable technology company plans to show off a new version of its cheapest iPad that should appeal to the education market, said people familiar with the matter. The company will also showcase new software for the classroom, said the people, who asked not to be identified discussing private plans. Apple declined to comment.

There's also been rumors that Apple will debut a cheaper MacBook Air that's priced under $1000; however, Bloomberg sources believe it won't be ready in time for next week.

The MacBook Air, introduced about a decade ago, hasn’t seen a major change since 2010, the same year the iPad came out. Although the laptop is popular with college students, it has languished as Apple focuses on more expensive Macs.

Finally, Apple is working on a new iBooks app with a design more similar to the new App Store; however, it's also unclear if it will be unveiled at next week's event. 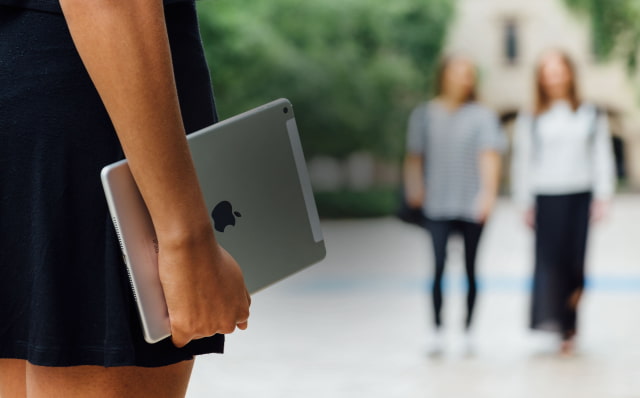 porkpie - March 23, 2018 at 3:31pm
It will also support apple pencil and a revised version of that will be launched for education.
Reply · Like · Mark as Spam
Recent