The Samsung Galaxy S9 downloads 34% faster on average than the iPhone X when connected to a U.S. cellular network, reports PCMag.

The site examined data from the Speedtest Intelligence database which contains thousands of crowd sourced speed tests. It found that the Galaxy S9 with 4x4 MIMO downloaded at an average of 41.80 Mbps and uploaded at an average of 11.36 Mbps from March to May 2018. The iPhone X, which doesn't support 4x4 MIMO, downloaded at 31.18 Mbps and uploaded at 9.88 Mbps. That's a difference of 34% on the download and 15% of the upload.

"A new phone can improve both speed and coverage—especially on T-Mobile.", notes PCMag. "T-Mobile just added a new rural band, Band 71, which we've seen popping up across a lot of the country. But only some very recent phones, including the Samsung Galaxy S9 and the LG G7 (but not any iPhones) support Band 71." 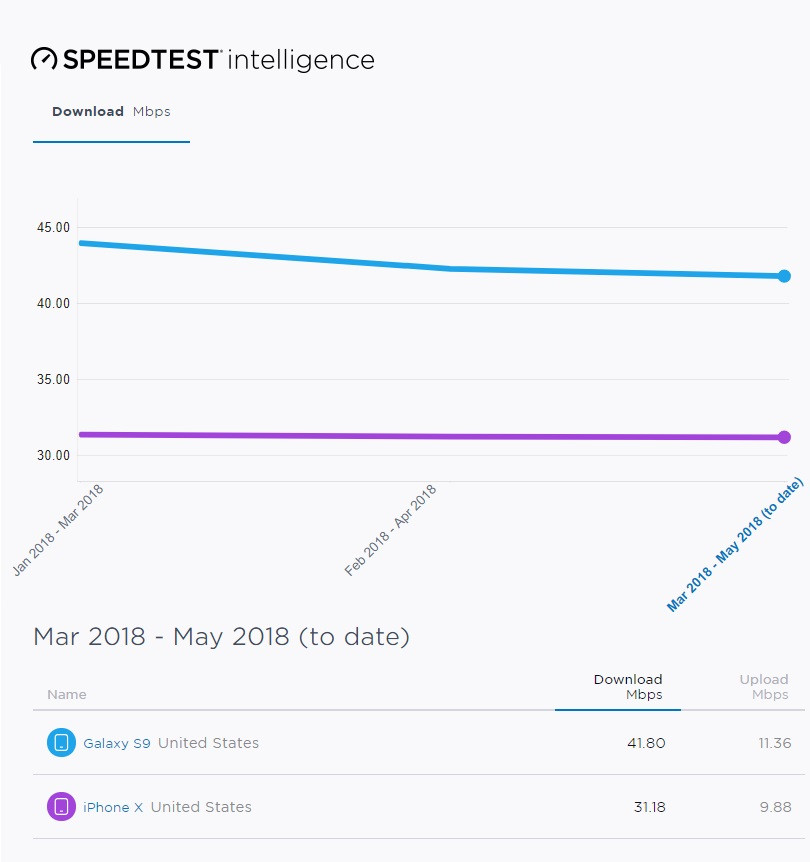 Notably, there are also significant improvements in downloads when comparing newer generation iPhones to past models. 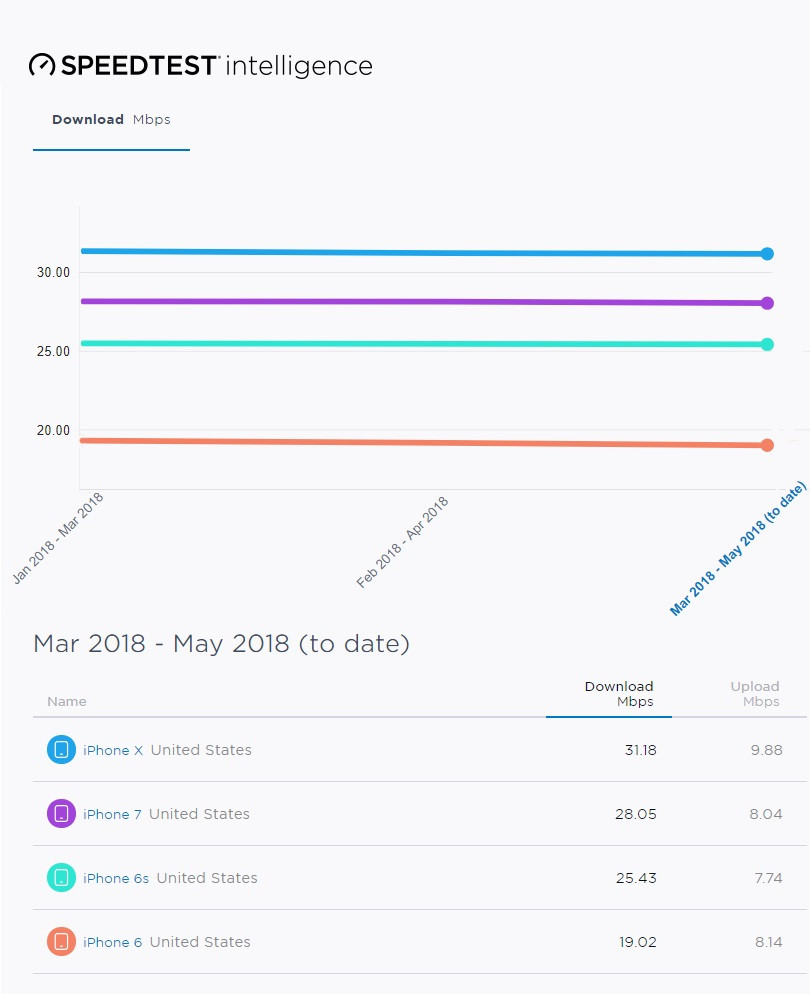