There are no new features listed in the release notes but it's likely that the beta contains bug fixes and improvements to iOS 11.4 which was released late last month and brought AirPlay 2 and Messages in iCloud. 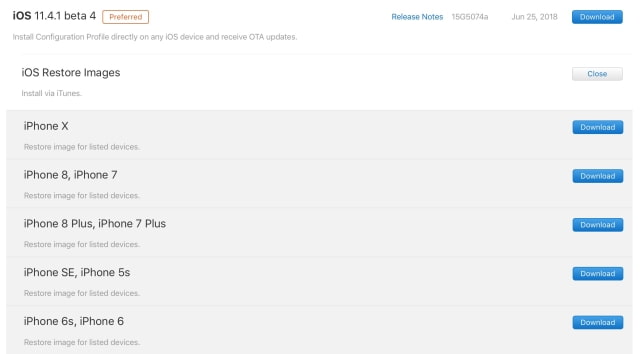