Microsoft is working to bring its Movies & TV service to iOS and Android, according to a report from Windows Central. Microsoft's content is currently available on Windows 10 PC, Xbox, and Windows 10 Mobile.

The news apps will likely make customers more confident in their decision to purchase content via the Microsoft Store, as they would be able to access their purchases on more devices.

These apps should minimize that barrier for a lot of people and further solidify Microsoft's commitment to its digital offerings on the Microsoft Store. Last year, Microsoft killed its music-streaming service, which saw many people question whether Microsoft was going to do the same to its Movies & TV service. Microsoft says that it continues to remain committed to Movies & TV, however (mostly because of Xbox), and these new mobile apps should help with that message.

The report also claims that Microsoft will soon announce it's joining the Movies Anywhere program. That program allows you to watch purchased content from different stores wherever you want. For example, if you bought a movie from Google Play you can also watch it in iTunes, since both companies support Movies Anywhere.

Unfortunately, the site has been told not to expect the new apps soon. Work is ongoing and the apps 'will show up when they're ready'. 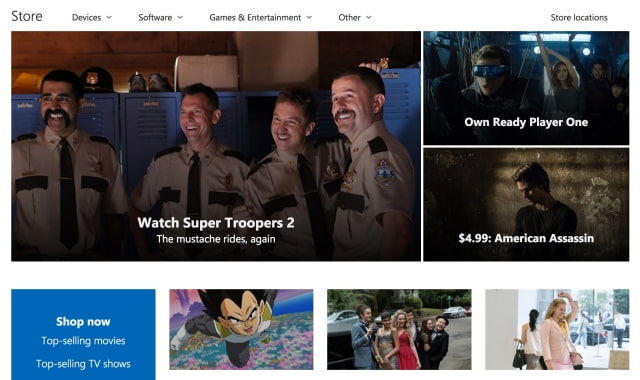