Apple has released iOS 12 beta 7 to developers for testing and revealed that Group FaceTime has been removed from the initial release of iOS 12. The build number is 16A5354b.

Previous betas brought numerous discoveries about Apple's future plans including the resolution of the iPhone X Plus, support for dual-SIMS, the shape of the new iPad Pro and its display, and more.

Unfortunately, the release notes for beta 7 reveal that Apple has delayed the launch of Group FaceTime.

"Group FaceTime has been removed from the initial release of iOS 12 and will ship in a future software update later this fall." 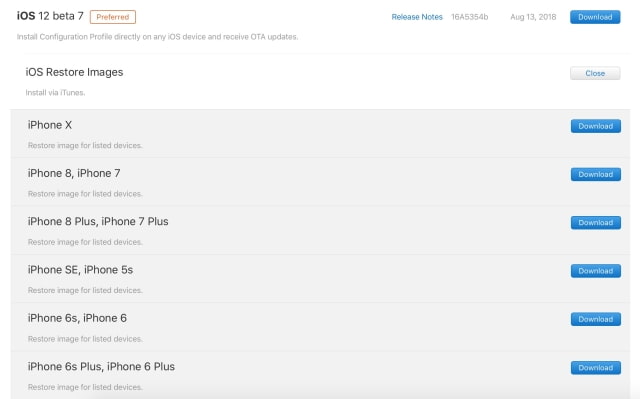