The Apple Store Apple Store at Leidseplein in Amsterdam was evacuated after an iPad 'exploded', reports AT5.nl.

Employees have immediately placed the iPad in a container with sand. But that was not enough. It soon became clear that three people suffered from their airways. Possibly due to a vapor or irritating substance from the iPad.

The fire department tweeted, "Fire brigade present at incident with mobile device at #AppleStore #Leidseplein. No smoke, but three people with breathing problems. Presumably due to a leaking battery pack. They are checked on the spot." 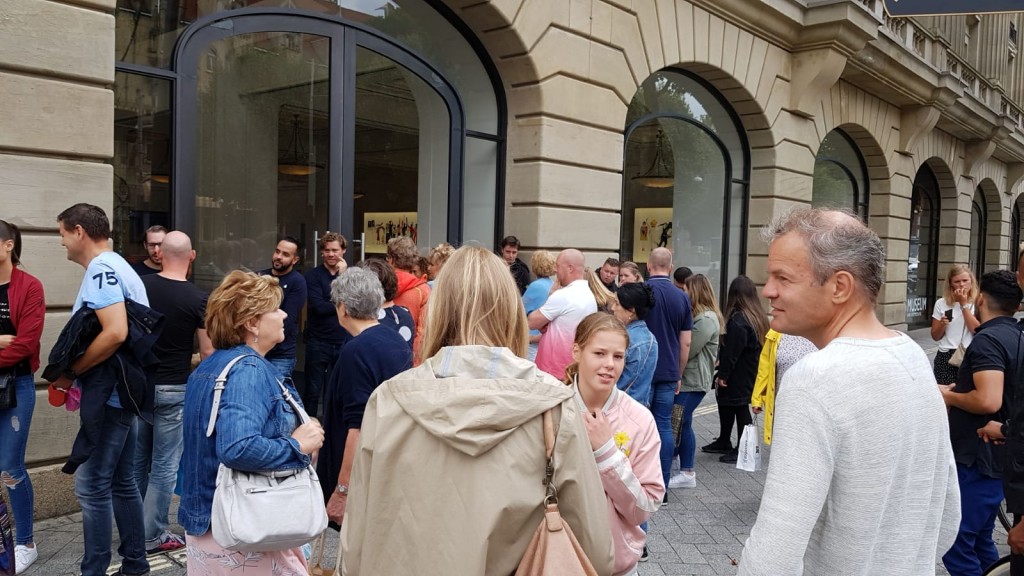 stevenlacross - August 20, 2018 at 8:42pm
Kinda, but even those Samsung batteries in the note 7 wheren’t made by Samsung
Reply · Like · Mark as Spam

D4xM4Nx - August 19, 2018 at 10:28pm
We need the FBI to start confiscating all Samsung tablets, they're now being used as terrorist weapons... Looking so similar to iPads, it's hard to distinguish real ones from fakes.
Reply · Like · Mark as Spam