Apple has released macOS Mojave 10.14 beta 10 to developers for testing. The build number is 18A377a.

macOS Mojave 10.14 introduces a new Dark Mode, Stacks, and much more. Unfortunately, Group FaceTime has been delayed until later this fall.

Developers can get the macOS Developer Beta Access Utility from the link below to download the latest macOS 10.14 beta. As new macOS betas become available you will receive a notification and can install them from the Software Updates panel in System Preferences. 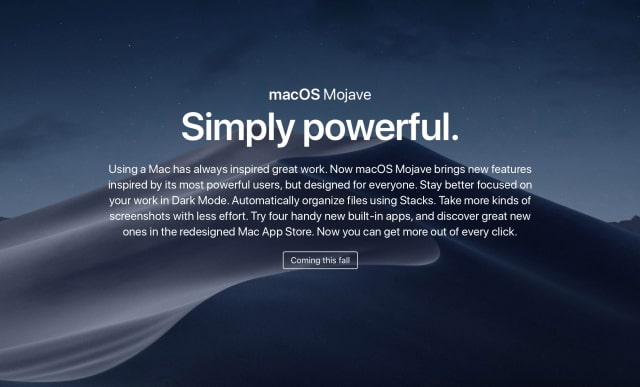