The new Apple Watch Series 4 which Apple is expected to unveil next week will likely have a higher resolution of 384x480, reports 9to5Mac. After unearthing an official press image of the unannounced device, the site was able to figure out the probable screen resolution for the larger model.

We believe, from looking at some information found on the latest watchOS 5 beta, that the resolution will be 384×480. For comparison, the resolution on the current 42mm Apple Watch Series 3 is 312×390. Apple is going to achieve this significantly higher resolution by reducing the size of the bezels and making the screen a little bit larger. This new device will also probably feature a higher PPI, which also contributes to the higher resolution. 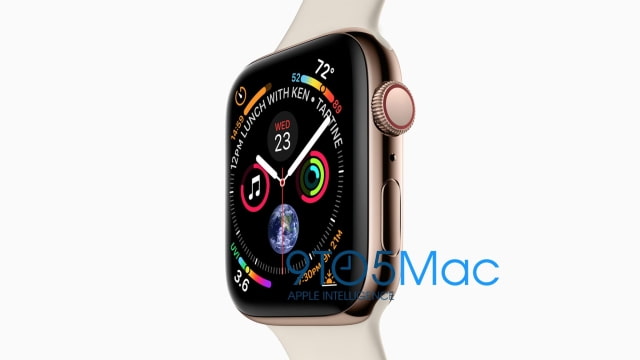 The leaked image of the next generation Apple Watch shows a new watch face with 9 complications. It's believed that the device will include other new watch faces designed for the larger screen and new types of complications for built-in apps and 3rd party developers.

It's likely that developers will need to update their apps to work with the new display. You can check out a few screenshots illustrating how much additional screen area a 384x480 resolution would provide below. Hit the link for more. 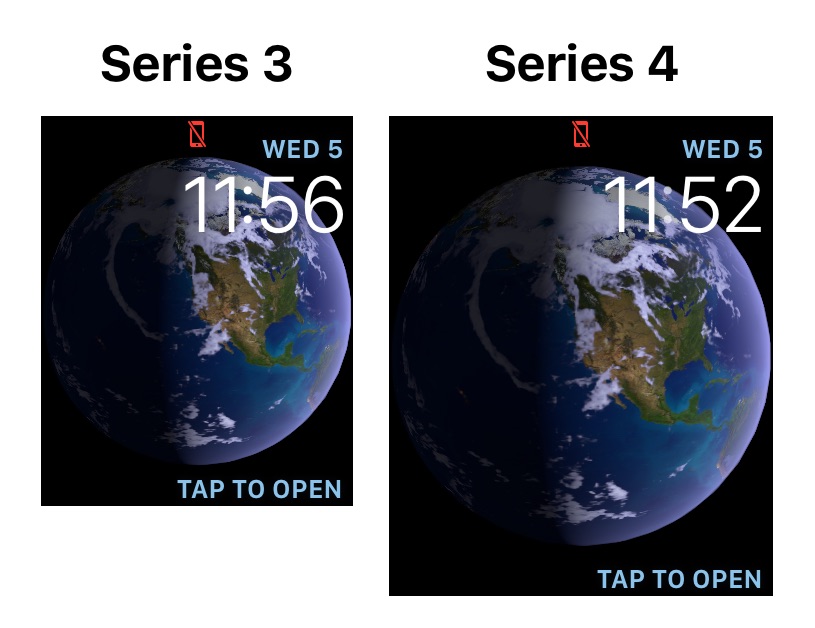 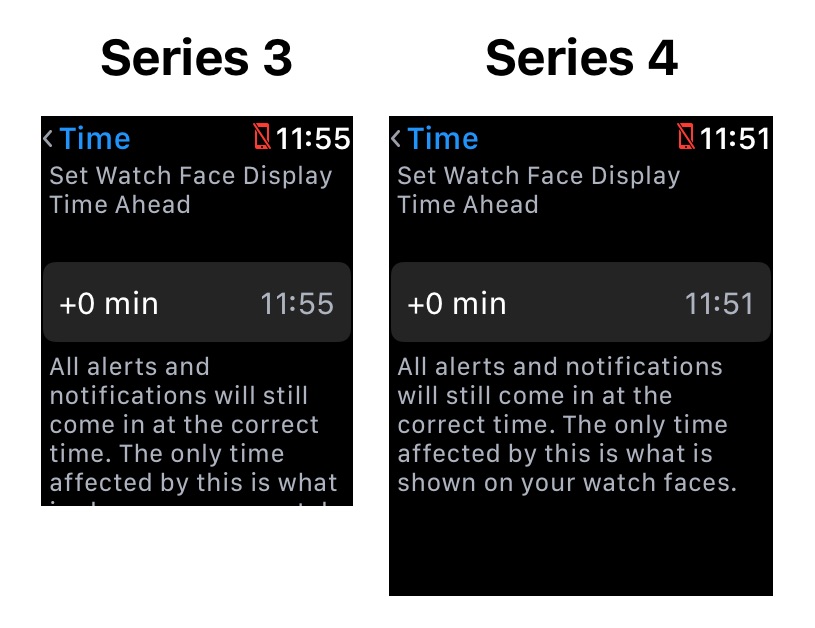