The popular Halide camera app has been updated to add Portrait Mode support for pets and other objects on the iPhone XR.

In a post explaining how the depth camera works on the single lens iPhone XR, Halide notes that Apple uses machine learning to create a Portrait Effects Matte:

With PEM, Apple is feeding the 2D color image and 3D depth map into a machine learning system, and the software guesses what the high-resolution matte should look like. It figures out which parts of the image are outlines of people, and even takes extra care to preserve individual hairs, eyeglasses, and other parts that often go missing when a portrait blurring effect is applied.

As of iOS 12.1, the iPhone XR refuses to take depth photos unless it sees a person because PEM is only trained to recognize people. Apple could change this with a future software update but in the meanwhile Halide is grabbing a focus pixel disparity map and running the image through their custom blur to enable support for Portrait mode photos of pets and other objects. 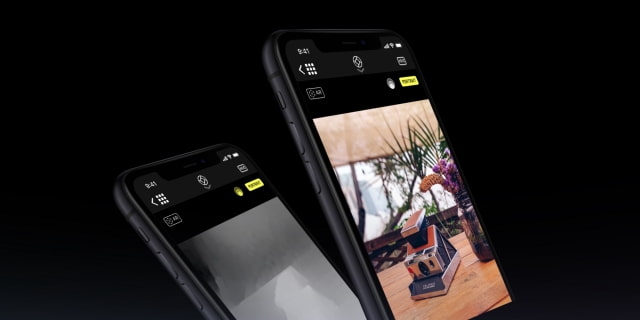 What's New In This Version:
Halide 1.11 is a special update for iPhone XR. Now you you can apply portrait mode to pets and other objects! Just tap 'Depth' to turn on Depth Capture; a portrait blur effect will be applied after you take your photo. You can fine-tune portrait effects in the Photos app.

iPhone XR users also benefit from the Smart RAW feature we release for iPhone XS. When shooting with auto-exposure, we optimize RAW capture for the lowest noise and best dynamic range.

You can purchase Halide Camera from the App Store for $5.99.