Siri Shortcuts deliver a quick way to get things done with your apps with just a tap or by asking Siri. The Shortcuts app enables you to create personal shortcuts with multiple steps from your favorite apps. Start from hundreds of examples in the Gallery or drag and drop to create your own. Shortcuts includes over 300 built-in actions and works with many of your favorite apps including Contacts, Calendar, Maps, Music, Photos, Camera, Reminders, Safari, Health as well as any app that supports Siri Shortcuts.

Use the Shortcuts app to:
* Get directions home, send your ETA and start listening to the news, just by asking Siri
* Add a home screen icon that calls a loved one
* Make animated GIFs
* Make PDFs from Safari or any app with a share sheet
* Get directions to the nearest coffee shop in one tap
* Tweet the song you're listening to
* Get all of the images on a web page
* Send a message including the last screenshot you took
* And so much more...

Shortcuts can be launched from the Today widget, from Search or by asking Siri. You can also add an app icon to your home screen for your favorite Shortcuts.

What's New In This Version:
• Use the latest weather in your shortcuts with the new Get Current Weather and Get Weather Forecast actions
• Set alarms and timers with the new Create Alarm, Toggle Alarm, and Start Timer actions
• Convert between a variety of units with the new Measurement and Convert Measurement actions
• Get the most recent set of imported photos from the Photos app using the Get Last Import action
• When running a shortcut from HomePod using Siri, media will now automatically play back from HomePod using AirPlay
• Bug fixes

Learn more and see the full list of changes at https://support.apple.com/HT209087. 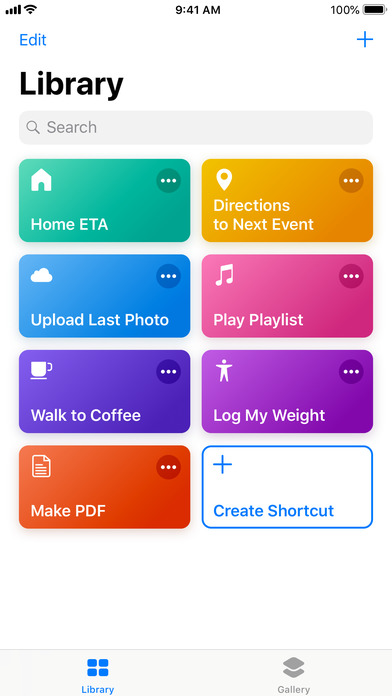