Known issues:
After upgrading to iOS 12.1.1 beta, you might be unable to select the voice used for VoiceOver and other Speech products.

Developers can download the iOS 12.1.1 beta from the link below... 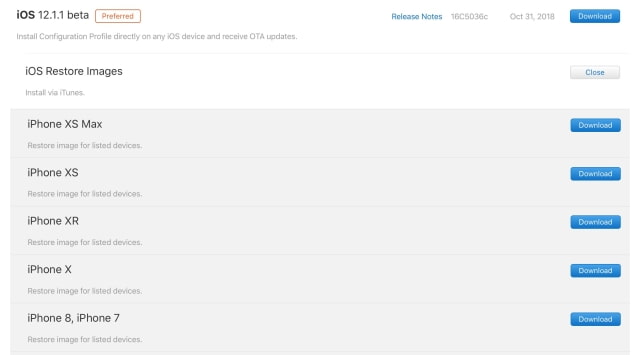