Apple has removed listings for all its AirPort wireless routers from the online Apple Store.

Apple officially discontinued its AirPort lineup of routers including the AirPort Express, AirPort Extreme and Time Capsule back in April. At the time, the company said that they would be available while supplies last. It appears that supplies have now run out.

As a replacement, Apple has added the Linksys Velop Whole Home Mesh Wi-Fi System to its online store. You can purchase the Velop system with one, two, or three nodes for homes of varying sizes.
Prices on Apple's store are $179.95 for one, $299.95 for two, and $449.94 for three.

If you're looking for something cheaper, Amazon currently has the well reviewed Netgear Orbi Whole Home Mesh WiFi System with three nodes on sale for $246.17. 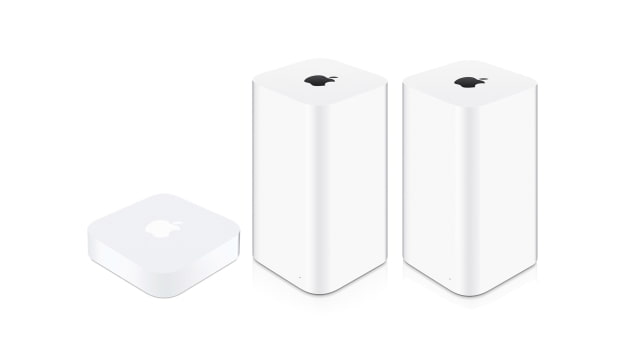 zetaprime - November 19, 2018 at 6:18pm
I’ve had an Airport Express for years and have several drives connected to it. I’ve been quite satisfied and can’t imagine why Apple would give up on a good product like that. I’ll keep my Airport till it stops working.
Reply · Like · Mark as Spam

Mister X - November 18, 2018 at 12:16am
That’s because you don’t know about greater speeds (AC) and more range. The only good thing about their routers was the line out jack. Other than that, they were a complete waste of cash.
Reply · Like · Mark as Spam
14 More Comments
Recent