Amazon has announced that its Echo smart speakers will officially gain support for Apple Music next month.

Music has always been one of Alexa’s most popular features and today we’re excited to announce that Apple Music will be available on Echo devices beginning the week of December 17.

Apple Music subscribers will be able to enjoy Apple Music’s 50 million songs on Echo devices. Customers will be able to ask Alexa to play their favorite songs, artists, and albums—or any of the playlists made by Apple Music’s editors from around the world, covering many activities and moods. Customers will also be able to ask Alexa to stream expert-made radio stations centered on popular genres like Hip-Hop, decades like the 80s, and even music from around the world, like K-Pop. Just ask Alexa to play Beats 1 to hear Apple Music’s global livestream including in-depth artist interviews— all completely ad-free. Simply enable the Apple Music skill in the Alexa app and link your account to start listening.

“Music is one of the most popular features on Alexa—since we launched Alexa four years ago, customers are listening to more music in their homes than ever before,” said Dave Limp, senior vice president, Amazon Devices. “We are committed to offering great music providers to our customers and since launching the Music Skill API to developers just last month, we’ve expanded the music selection on Alexa to include even more top tier services. We’re thrilled to bring Apple Music – one of the most popular music services in the US – to Echo customers this holiday.”

Amazon still has some great deals on its Echo speakers for Cyber Monday Deals Week. Check them out below. For better sound, Amazon recently introduced an Echo Sub. 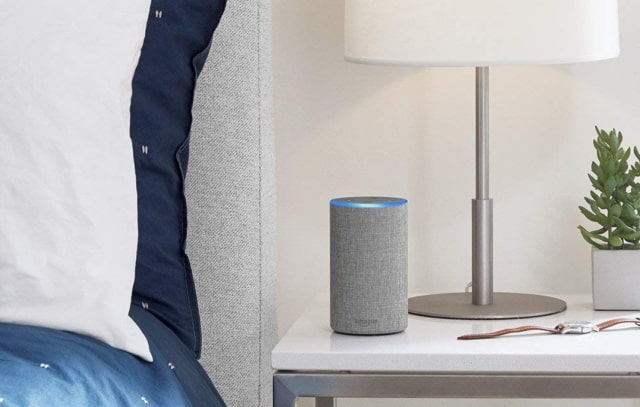