Apple is preparing to relaunch the Texture magazine app it acquired this year as premium product within Apple News, reports Bloomberg. Texture offers subscribers unlimited access to around 200 magazines.

The new service could be unveiled as early as this spring, according to sources who asked not to be identified.

Apple is trying woo newspapers like the Wall Street Journal and New York Times to join Texture and plans to refine its design, which currently creates an image of what magazines look like in print, the people said. The new approach is expected to look more like typical online news articles. Apple, based in Cupertino, California, declined to comment.

The move is expected to test whether an all-you-can-eat model will work for news. As expected, some publishers are concerned that Apple could steal their subscribers. A $9.99/month subscription is less than a digital subscription to a single publication like the New York Times.

One possible solution would be to let newspapers integrate paywalls into the app. However, Apple has been meeting with media executives to address their concerns and has argued that Texture subscriber growth could generate enough revenue to exceed what companies get from their own subscription business. 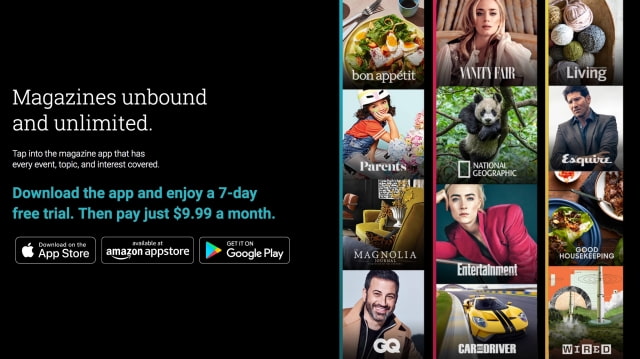