A photo of the upcoming Samsung Galaxy S10 has purportedly been leaked online.

Shared by well known leaker Evan Blass, the photo reveals that Samsung's upcoming flagship smartphone will feature an Infinity-O display. The display first debuted on the Galaxy A8s where Samsung chose to punch a hole in the top corner or the screen for the selfie camera, rather than use a notch.

Blass notes that this is the Samsung Galaxy S10 "Beyond 1" which can wirelessly charge accessories.

One cool feature I haven't heard mentioned previously is this model's ability to wirelessly charge other compatible devices like handsets and watches.

Samsung is rumored to have four versions of the Galaxy S10 in development. They are codenamed Beyond 0, Beyond 1, Beyond 2 and Beyond 2 5G. 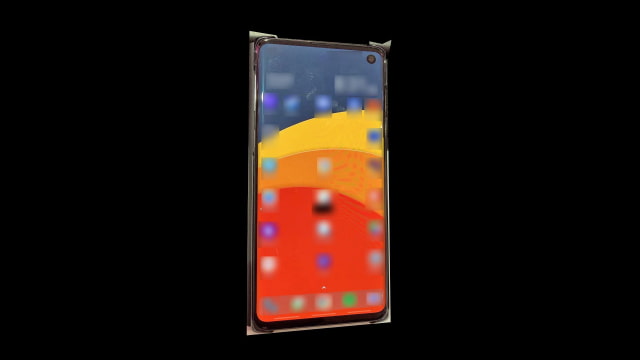