Check out these new renders which purportedly offer an early look at the design of Apple's next generation iPhone. The renders were shared by Digit.in and based on details leaked by @OnLeaks.

"Back from September 2019, I bring you the very 1st and very early glimpse at which I guess #Apple will unveil as #iPhoneXI!!! Yes, time has already come to meet the new #iPhone through gorgeous 5K renders made on behalf of new coming Partner @digitindia"

It appears that Apple is testing a design with three cameras on the back. Two of them are aligned vertically and a third is placed between the two and over to the right. Above that lens is an LED flash and below is a microphone. 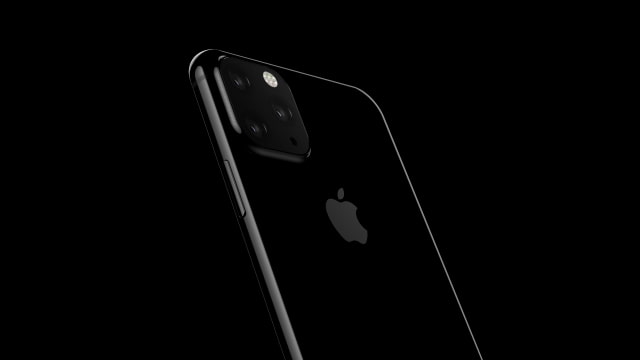 The design is still in the EVT stage of production and thus could change before release this fall.

OnLeaks claims the 2019 iPhones are still in Engineering Validation Test (EVT) stage, and there could be changes in the details when the phones will eventually launch in September 2019. We also know that Apple plans to launch three iPhones in September 2019 -- One low-end variant, possibly the successor to the iPhone XR and two high-end variants, succeeding the iPhone XS and the iPhone XS Max. Not knowing the scale at which the image was rendered, it is difficult to say which variant will sport the three cameras. However, given the drastic change in the camera setup, this, most probably, is our closest look at the top of the line 2019 iPhone. 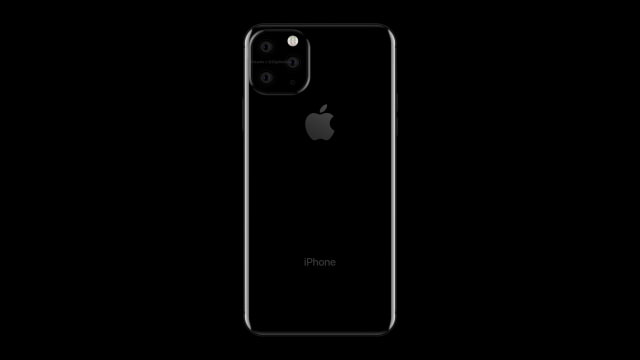 It's said that the third camera will be used to focus faster and create 3D models. Previous reports have suggested that Apple is working on a rear-facing sensor that uses a time-of-flight approach. That approach calculates the time it takes for a laser to bounce off surrounding objects to create a three-dimensional picture of the environment.

According to the report, the rear panel of the iPhone XI will remain glass. Take a look at the video below for more details and please follow iClarified on Twitter, Facebook, Google+, or RSS for updates.