Apple is planning a subscription service for games, according to a Cheddar report based on information from five sources.

The service would function like Netflix for games, allowing users who pay a subscription fee to access a bundled list of titles. Apple ($AAPL) began privately discussing a subscription service with game developers in the second half of 2018, said the people, all of whom requested anonymity to discuss unannounced plans.

There's no information on how much the service would cost or what type of titles would be included. However, Apple has purportedly discussed the possibility of partnering with developers as a publisher, which would see the company take on distribution and marketing costs.

This isn't the only subscription service Apple has in the works. iOS 12.2 beta brought the first evidence of an 'Apple News Magazines' subscription that has long been rumored. Additionally, it's widely recognized that Apple is taking the steps to acquire content for a new video subscription service.

Despite the move to monetize everything with subscriptions, it's unclear if a games subscription service would be successful on mobile.

“The vast majority of revenue coming out of the App Store is games,” said Brandon Ross, an analyst at BTIG that covers the video game industry. “Subscription has proven to be a successful way of monetizing on mobile. It is completely unproven in games except for some minor success from Microsoft, Sony, and Electronic Arts.” 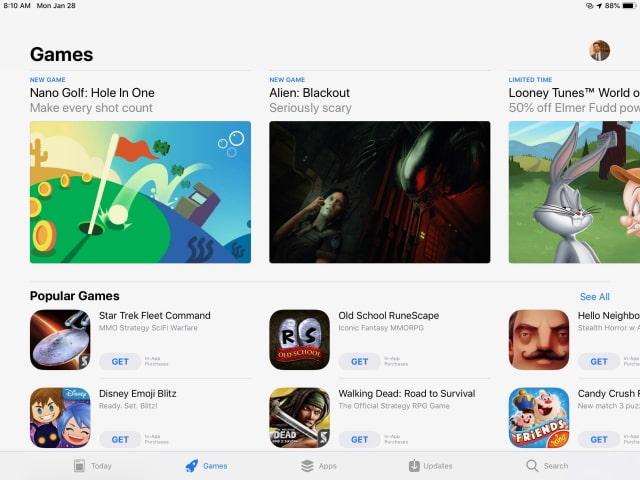 joshWUa. - January 28, 2019 at 4:21pm
No thanks most likely they will charge double of what Netflix does. Desperation of Apple I tell you.
Reply · Like · Mark as Spam
Recent