Apple sold about 14.5 million iPads last quarter capturing 26% of the tablet market, according to a new report from Strategy Analytics.

The global tablet market contracted 1% in Q4 2018 ending the year 6% lower with total shipments of 173.8 million units. However, it's believed that the market may be on the path to recovery with Apple, Huawei, Samsung, and Microsoft having a good fourth quarter.

Apple iOS shipments grew 10% year-on-year to 14.5 million units in Q4 2018, pushing its worldwide market share to 26% of the Tablet market. By growing double digits, Apple added 2 percentage points to its market share year-over-year. Apple is attempting to remake the computing market with more mobile iPad Pros for productivity while offering lower priced iPad slates for entertainment. The product mix tilted toward iPad Pro due to the launch of its newest products in that line and boosted ASPs to $463 this quarter from $445 in 2017. Meanwhile, Android shipments fell to 32.9 million units worldwide in Q4 2018, down 6% from 34.9 million a year earlier and up 35% sequentially. Market share fell 3 percentage points year-on-year to 60% as many branded Android vendors find it very difficult to compete on price in the wake of Apple lowering its iPad prices. The slate market is particularly sensitive to price and the Android segment is dominated by Slate models.

More details in the chart below. Hit the link for the full report... 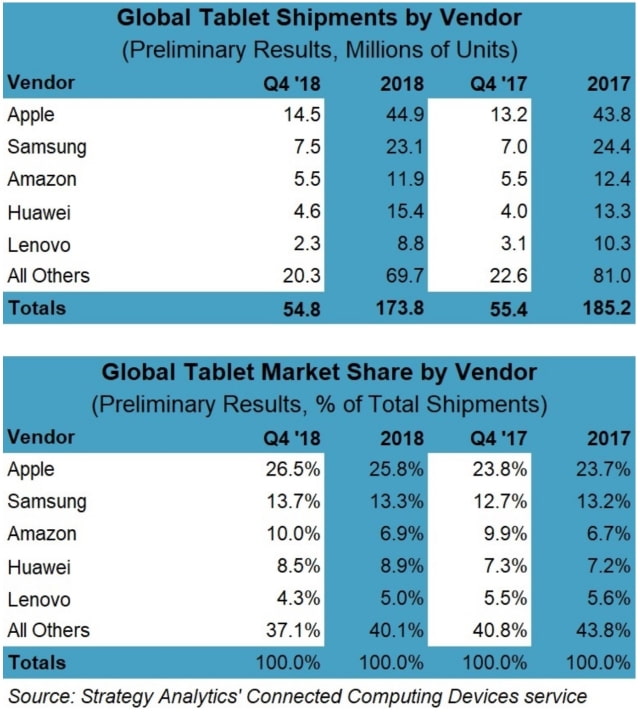 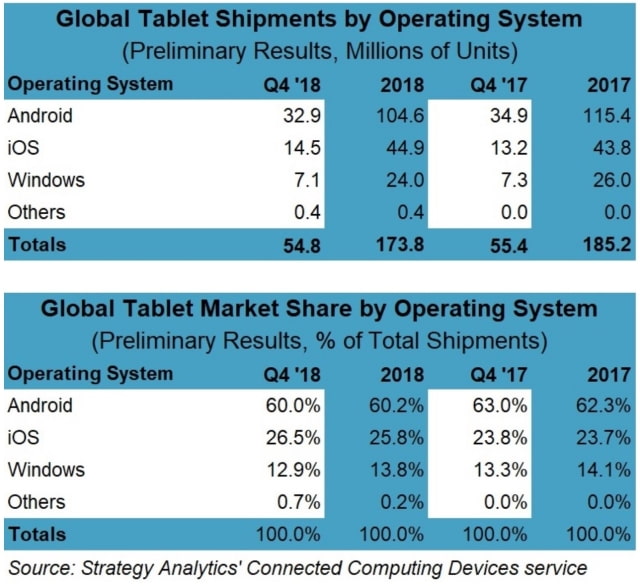