Twitter has announced a major update to its Camera that makes it easier to tweet photos and video.

See it? Tweet it! Our updated camera is just a swipe away, so you get the shot fast. Rolling out to all of you over the next few days. 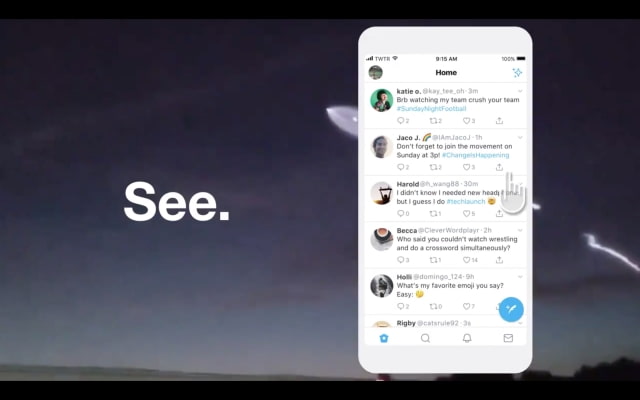 Engadget was able to try the feature out ahead of launch:

Once you get the update, the first thing you'll notice is how much quicker it is to access the camera now: All you have to do is open the Twitter app on your phone, swipe left and you're in. From there, you'll have the Capture and Live options. With Capture, you can either do a quick tap to snap a picture or hold it for a couple of seconds to record a video -- those can be up to about two minutes right now, but Twitter says that will likely change in the future. If you hit the Live button, you can then stream to your followers using Periscope, Twitter's video-streaming service.

Once a photo is taken, you can add your location, text, and hashtags on an overlay called a "chyron". Check out a demo here. 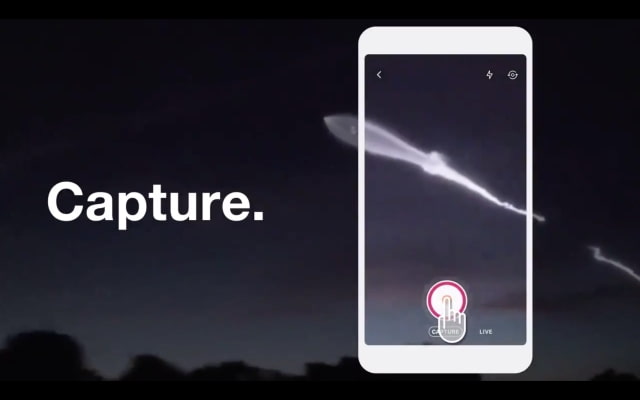 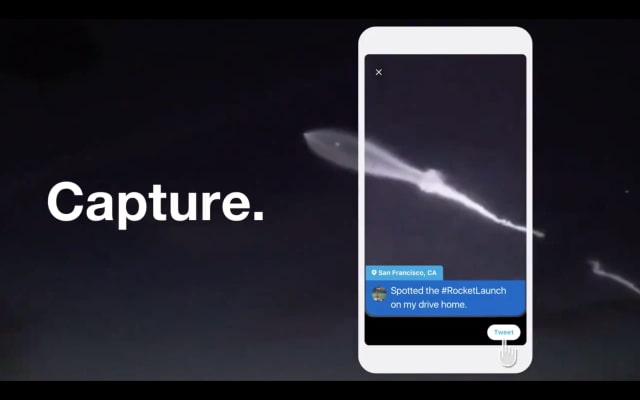