Goodfellow is the father of an AI approach known as generative adversarial networks, or GANs. The approach draws on two networks, one known as a generative network and the other known as a discriminative network, and can be used to come up with unusual and creative outputs in the form of audio, video and text. GAN systems have been used to generate “deepfake” fake media content.

According to LinkedIn, Goodfellow started at Apple in March as a Director of Machine Learning in the Special Projects Group. He's likely working under John Giannandrea, another executive that Apple poached from Google and recently named Senior Vice President of Machine Learning and Artificial Intelligence Strategy.

More details in the report linked below! 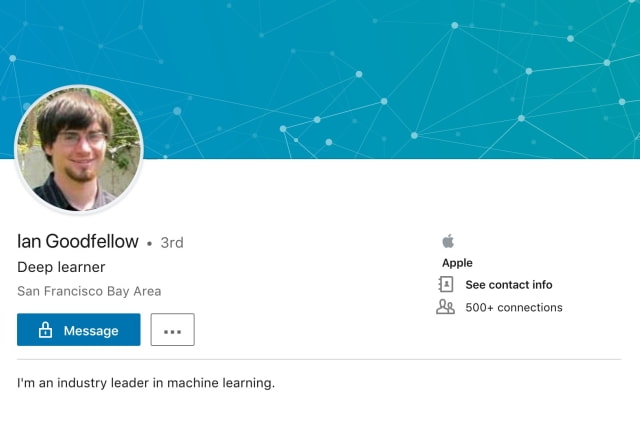