iFixit has posted a teardown of the upcoming Samsung Galaxy Fold. The foldable smartphone was set to release this week; however, Samsung temporarily pulled the plug after numerous reviewers encountered issues with their review units.

This is, without question, an ambitious first-generation device—the idea of having both a smartphone and a tablet in your pocket at all times is pretty exciting! That said, a number of early reviewers had some durability issues with their review units, ultimately leading to a launch postponement. Are these temporary setbacks? Or are we headed for a full-blown AirPower-style product cancellation? 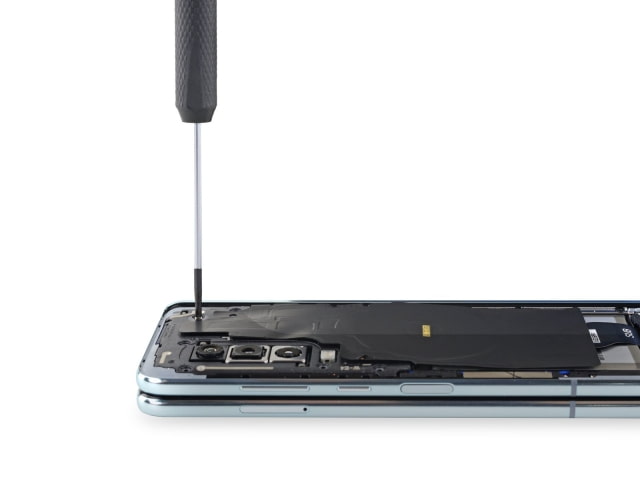 Highlights:
● To achieve the fold, the thin bezel that surrounds (and protects) the screen leaves a gap where the two halves meet.
● This 7 mm gap doesn't seem like a huge deal, but it leaves the display exposed—so should something accidentally enter, it's curtains for the screen.
● When closed, the screen is protected—but the spine is flanked by massive gaps that our opening picks hop right into.
● Two batteries: 8.22 and 8.65 Wh, or 2135 mAh and 2245 mAh.
● Each half of the display is adhered to a thin metal support plate, which in turn is adhered to the phone's frame. This leaves the center spine free of adhesive for a wider-radius fold.
● One thing we didn't find was any hinge ingress protection—those large gaps around the spine let dirt right in, possibly getting trapped between hinge and display. 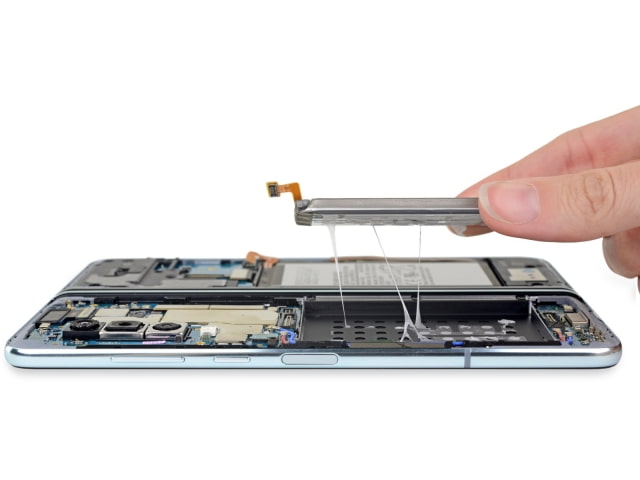 Repairability Score: 2 out of 10
● A single Phillips driver takes care of all the screws.
● Many components are modular and can be replaced independently.
● The mechanics involved in the fold are likely to wear over time, causing stress to hinges and display, necessitating eventual replacement.
● The lack of protection and fragility of the main display mean you'll almost certainly be replacing the screen before long—a pricey repair.
● Battery replacements are possible, but unnecessarily difficult—solvents help, but risk damage to the display supports.
● Glued-down glass both front and back means greater risk of breakage, and makes repairs difficult to start.

Hit the link below to check out the full teardown! 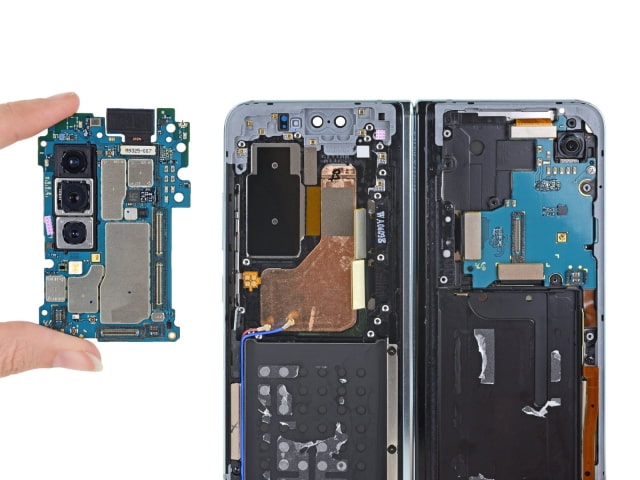 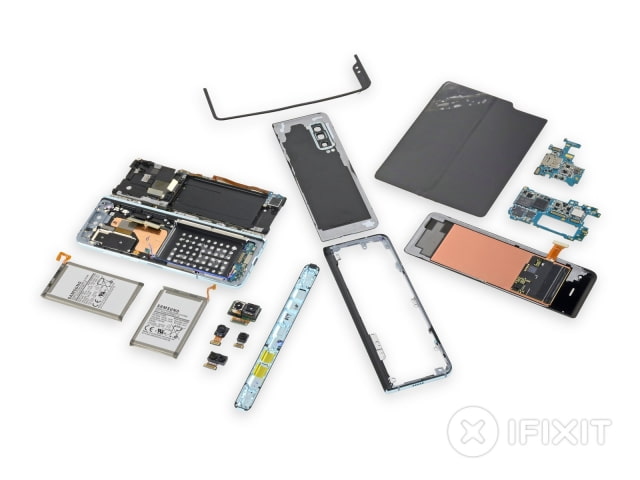