The Securities and Exchange Commission (SEC) has charged GT Advanced and its former CEO with fraud for misleading investors about the company's ability to supply sapphire glass for Apple's iPhones. Additionally, the company was found to have misclassified over $300 million in debt to Apple that resulted from its repeated failures to meet performance milestones.

In 2014, GT Advanced filed for bankruptcy after a failed attempt to produce sapphire for Apple. At the time, the company blamed Apple for oppressive and burdensome terms; whereas, Apple said GT failed to meet performance goals.

According to the SEC’s orders, in the fall of 2013, Apple agreed to advance $578 million in four installments to GT in exchange for sapphire glass that met certain technical standards. The agreement was closely watched by the market and highly material to GT’s revenue, liabilities, and stock value. By late April 2014, GT had failed to meet the required standards, resulting in Apple withholding $139 million and giving it the right to accelerate repayment of $306 million previously advanced to GT. To avoid recognizing the debt as current, which would have had an immediate impact on its status as a going concern, GT took an unsupported, undisclosed position that Apple had breached part of the agreement, thus releasing GT from its performance obligations. Yet in second quarter 2014 earnings calls, then-CEO Thomas Gutierrez falsely stated that GT expected to hit performance targets and receive the fourth installment payment from Apple by October 2014. Gutierrez also provided unsupported sales projections, causing GT to misstate its second-quarter liquidity and non-GAAP earnings-per-share projections. Within two months, GT filed for bankruptcy, resulting in significant investor harm. It later exited bankruptcy and is now privately held.

“GT and its CEO painted a rosy picture of the company’s performance and ability to obtain funding that was paramount to GT’s survival while they were aware of information that would have catastrophic consequences for the company,” said Anita B. Bandy, an Associate Director in the SEC’s Division of Enforcement. “We will continue to hold chief executives accountable when they breach their most fundamental duty to make full and truthful disclosures to investors.”

While GT Advanced did not admit to or deny the findings, both the company and Gutierrez consented to the entry of SEC orders finding they violated antifraud provisions. They both agreed to cease and desist from further violations and Gutierrez has agreed to pay $140,000 in monetary relief. 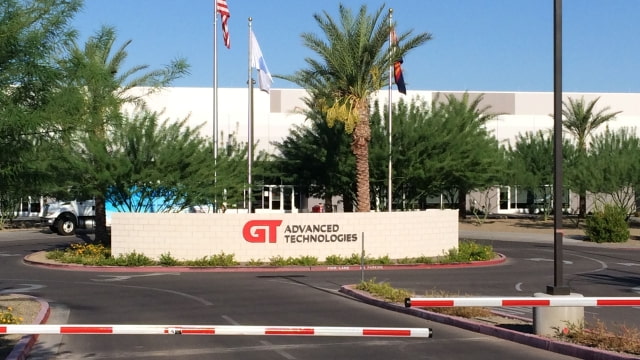