Check out this Finder for iPad concept created by Daniel Korpai.

The designer began by making a new, flexible sidebar, which combines the sidebars from Files for iOS and Finder for macOS. A tabs and column view on the right makes it easier to manage a large number of files at once and support for Quick Look lets users preview the content of a file without needing to open it. 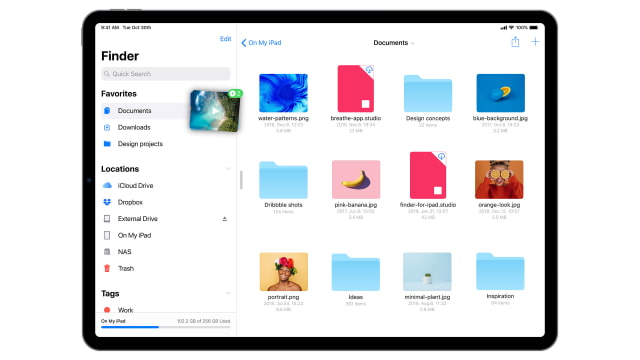 Korpai found that having the ability to use three apps at once was really useful at times.

The biggest change in this new advanced multitasking is that it’s not limited to 2–3 apps at a time. Instead, it’s an infinite line of apps running side-by-side and the user can easily switch and swipe between them with a 3-finger-swipe gesture.

Combined with Slide Over, this multitasking feature lets you have one pinned app while interacting with the rest of the apps in line. 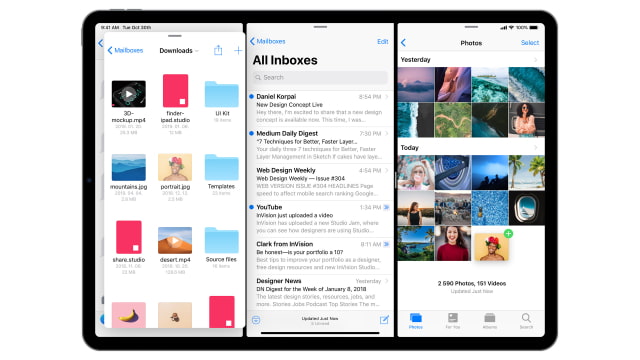 Of course there's a dark mode that changes the appearance of the dock and apps with a single tap from Control Center. 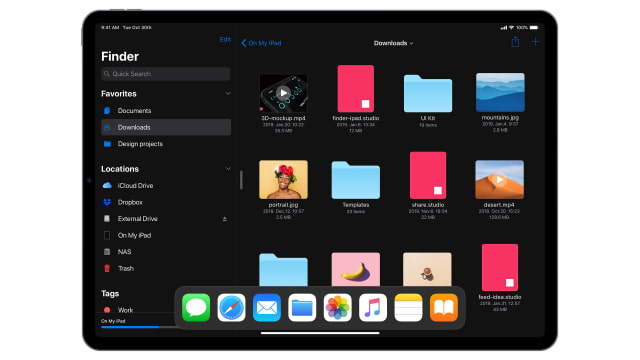 Watch the video below and hit the link for a closer look at this concept...