Sensor Tower has shared its list of the most downloaded mobile apps worldwide in Q1 2019.

Topping the list is WhatsApp with 223 million new installs, followed by Messenger with 209 million installs. TikTok came in third followed by Facebook and Instagram in fourth and fifth.

The top 10 apps were the same as the previous quarter, with the top five all retaining their rankings from Q4 2018. Facebook once again had four of the top five apps. Video editing app Biugo and photo editing app PicsArt entered the top 20 apps worldwide for the first time in Q1. First-time users in India helped both apps achieve new install highs in the quarter. 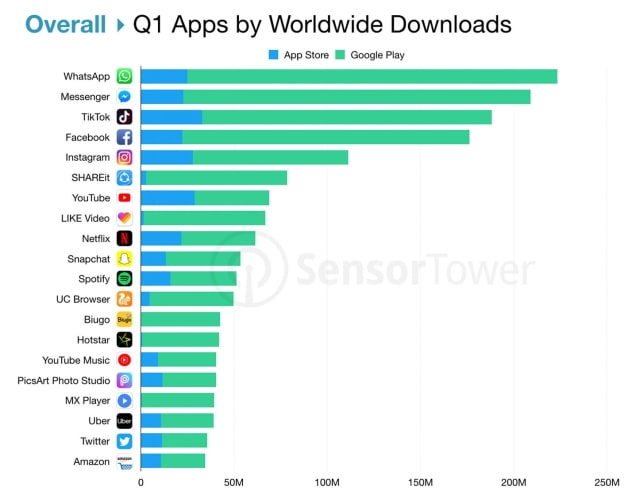 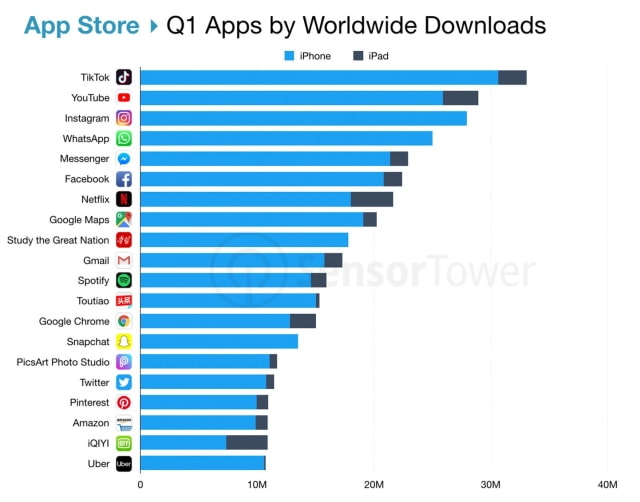