A screenshot of the new iOS 13 Reminders app running in Dark Mode has purportedly been leaked ahead of the WWDC 2019 keynote.

Apple will be unveiling iOS 13 in a few hours and you can follow along with all the announcements on our live blog! You can also follow iClarified on Twitter, Facebook, Google+, or RSS for updates.

Check out the screenshot below! 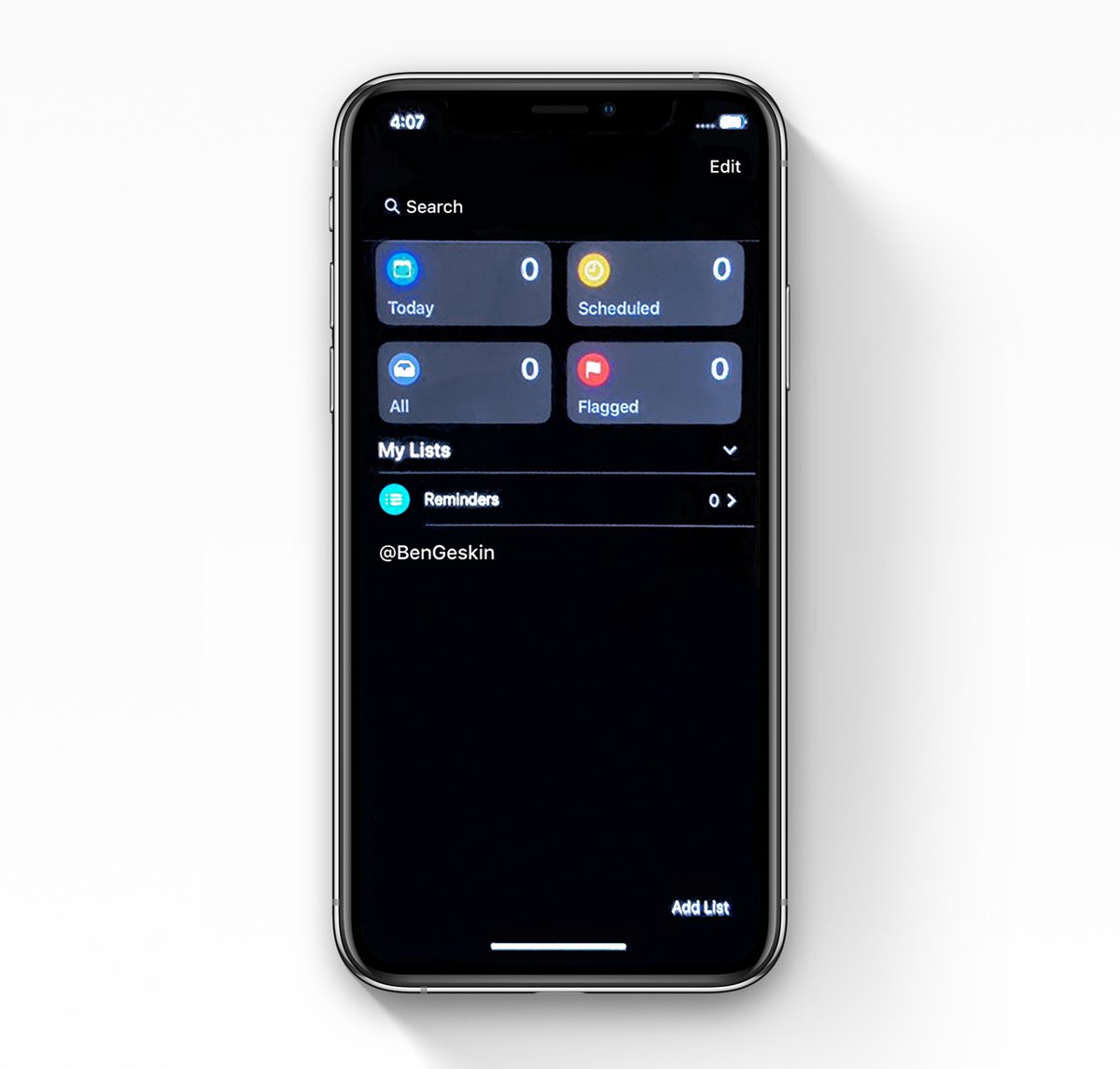