Apple will purportedly launch a new iPhone tailored for Chinese consumers that drops Face ID in favor of under-display Touch ID, according to caijing.com.cn via globaltimes.cn.

The new phone will reportedly remove Face ID, the facial recognition system for the iPhone, and instead employ an under-display fingerprint function, news site caijing.com.cn reported, citing sources on the upstream industry supply chain. An industry insider revealed that this is likely to "save on costs."

In the first quarter of 2019, Huawei captured about 34% of the Chinese market, followed by Vivo with 19%, OPPO with 18%, Xiaomi with 12%, and Apple with 9%. Apple has struggled in the country in part due to its higher cost. Chinese consumers reportedly prefer smartphones that are priced around 5,000 yuan ($731).

Liu Dingding, a Beijing-based industry analyst, tells the Global Times that the large price gap with similar products has become an issue between Apple and Chinese technology users. An online poll recently found that 'price' was the number one feature customers wanted Apple to optimize with nearly four times the votes as 'battery' which came in second.

Liu predicts that Apple could "seize back some of the market share it lost after adjusting prices in China - to move further into smartphones ranging between 3,000 and 4,000 yuan, while maintaining its premium products." The average price of a smartphone sold in China last year was 2,523 yuan. Smartphones that cost over 4,000 yuan only accounted for 13% of sales.

It's unclear when the new iPhone model might be launched or if plans for the device have been finalized. 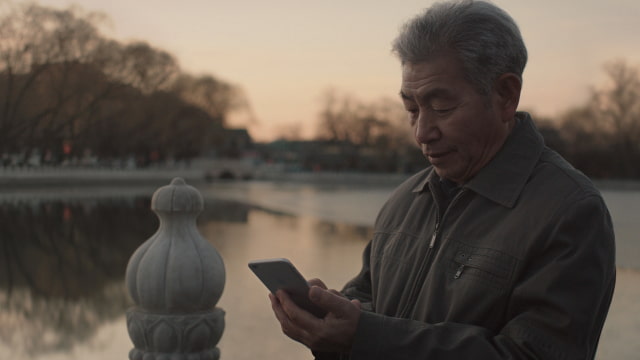 stevenlacross - July 2, 2019 at 5:36pm
I still have an iPhone 8 Plus and will never buy another iPhone because it doesn’t have a home button, you can’t play some games now because the phone thinks your trying to exit the game instead of swiping at an enemy, same goes for the notification bar, at least I only have to worry about one of those issues on the iPhone 8 Plus instead of both of them, I tried playing around with a ten at the stores that have them on display and they suck, buttons are the way to go, this screen on this 8 plus is just as big anyways, don’t need a screen the same size as the phone, I can have some non-screen real-estate for physical buttons thank you very much. Anyways back to this under the screen home button, I hope it will still work the same way as the home button on the iPhone 7 and 8 and that you can put more pressure on it to exit out of apps that way playing games won’t mess with exiting out for no reason.
Reply · Like · Mark as Spam

NoGoodNick - July 2, 2019 at 6:13pm
Heck, a LOT of Americans and Europeans would snap them up for a comparable price (ie under $1,000 USD). Most don’t mind paying extra for the premiere models, they won’t when EVERY product commands a Premiere price. Sadly, despite their tumbling sales, Apple hasn’t learned that simple lesson yet. Offer a fancy new model that only a few can afford, then keep the rest moderately affordable.
Reply · Like · Mark as Spam
Recent