Apple is asking the Trump administration to exclude components from its new Mac Pro from import tariffs after relocating production from Texas to China, reports Bloomberg.

The Cupertino, California-based technology giant is seeking relief from duties of 25% on key Mac Pro parts and accessories that go with it, ranging from the stainless steel and aluminum frame, power supplies, internal cables and circuit boards, and its optional wheels, according to filings posted by the Office of U.S. Trade Representative. The documents don’t specifically mention the Mac Pro, but the features and dimensions listed by Apple in the filing closely resemble the planned computer.

Apple's requests were posted on July 18 and are now subject to a public comment period before being reviewed. Trump has promised tariff relief if companies can show that parts or products can only be obtained in China, are not 'strategically important' to Chinese industrial programs, or if they would result in 'severe economic harm'.

The previous Mac Pro had been built in Texas since 2013. The new model will go on sale later this year starting at $5999. 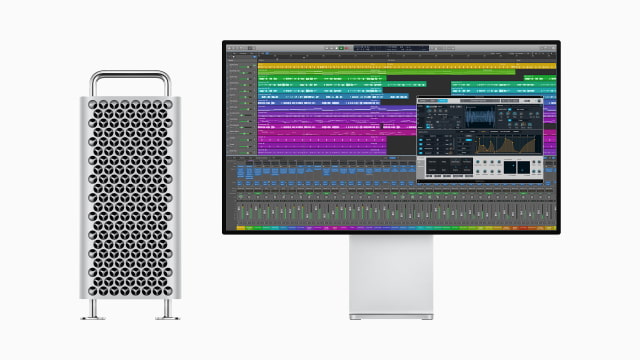 stevenlacross - July 23, 2019 at 10:02pm
Eff Apple, they make tons of money, they should move production back to Usa, not try to get the cheapest labor and cheapest import taxes too.
Reply · Like · Mark as Spam

1reader - July 24, 2019 at 4:03am
But what is that? they are used to high margins and profits. How can they support their lifestyle anymore if they have to pay taxes and other fees?!
Reply · Like · Mark as Spam
Recent