Apple has announced that iOS 12 adoption has officially reached 88%. 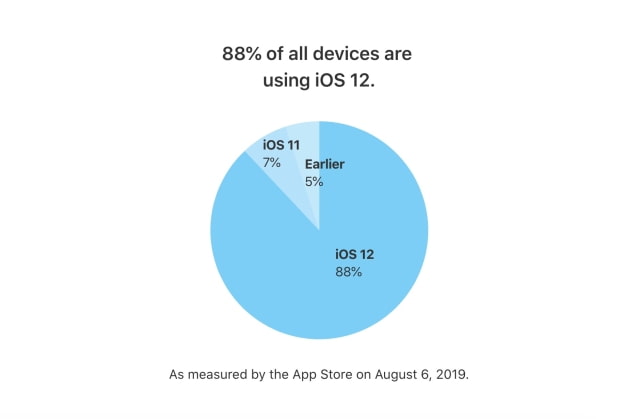 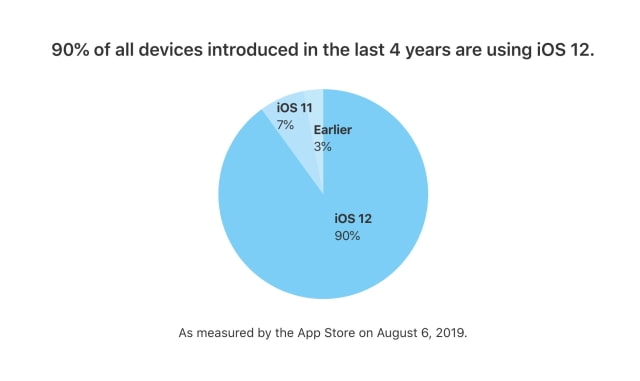 stevenlacross - August 8, 2019 at 3:07pm
It’s not adoption if it’s forced... you can’t downgrade to whatever iOS you want, forced to always go to the latest, even if your on an old version and you go into Apple for a repair, they make you update to the latest iOS...
Reply · Like · Mark as Spam
Recent