Apple has announced that it is easing macOS notarization prerequisites for developers until January 2020.

With the release of macOS Catalina, software distributed outside the Mac App Store will need to be notorized by Apple to run. To make this transition easier for users running older software, Apple has adjusted its notarization requirements.

You can now notarize Mac software that:
● Doesn’t have the Hardened Runtime capability enabled.
● Has components not signed with your Developer ID.
● Doesn’t include a secure timestamp with your code-signing signature.
● Was built with an older SDK.
● Includes the com.apple.security.get-task-allow entitlement with the value set to any variation of true.

While Xcode 10 or later is still required to submit, you don’t need to rebuild or re-sign your software before submission. 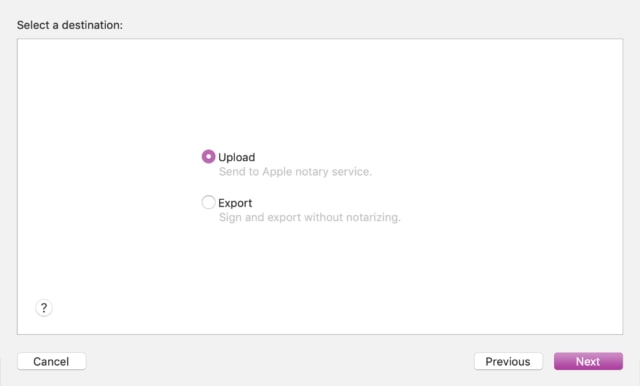 NoGoodNick - September 4, 2019 at 2:28pm
Well, despite upgrading to all 64-bit apps (though several Mac apps continue including 32-bit components), this is a deal-breaker for me. With tools like Calibre, that form essential aspects of being an independent author, and many essential 3rd party system level apps, I’d rather bow out of upgrading for a few years, until Apple gets over this latest power grab (“Do as we demand, or else!”) Apple has always lagged on software innovations as they continue focusing on hardware.
Reply · Like · Mark as Spam
Recent