CoolStar has announced that development of the Sileo package manager for jailbroken iPhones has been suspended.

The announcement was made on the official Sileo Discord channel this weekend. Apparently, a lack of developer contribution and support have led to this decision.

-----
FYI Sileo's development has been suspended until further notice.

While I know some users appreciate Sileo and Chimera, it seems like the general community and several prominent developers consider it 'disposable' or not worth supporting.

Truth is though, it's been an eternity since any of the other Sileo developers have contributed much (so I don't know if they are going to contribute much), and my own mental health has severely deteriorated such that I don't really have the motivation or capacity to work on Sileo for quite a while. (And quite frankly I don't know if I really will get much motivation to work on it more).

It's possible Sileo's development may resume in the far future, but only time will tell
-----

This decision should not affect support for currently jailbroken devices but it's unclear if Sileo will work with the upcoming iPhone X jailbreak. 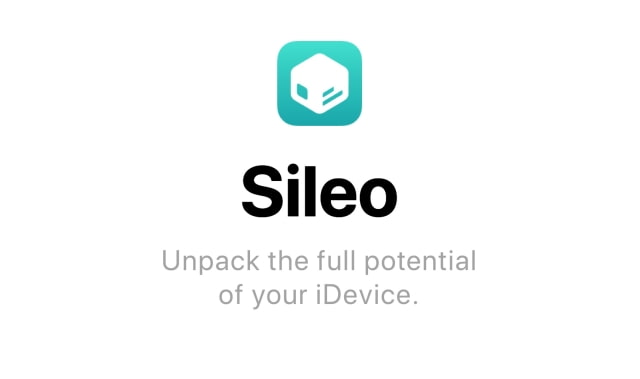 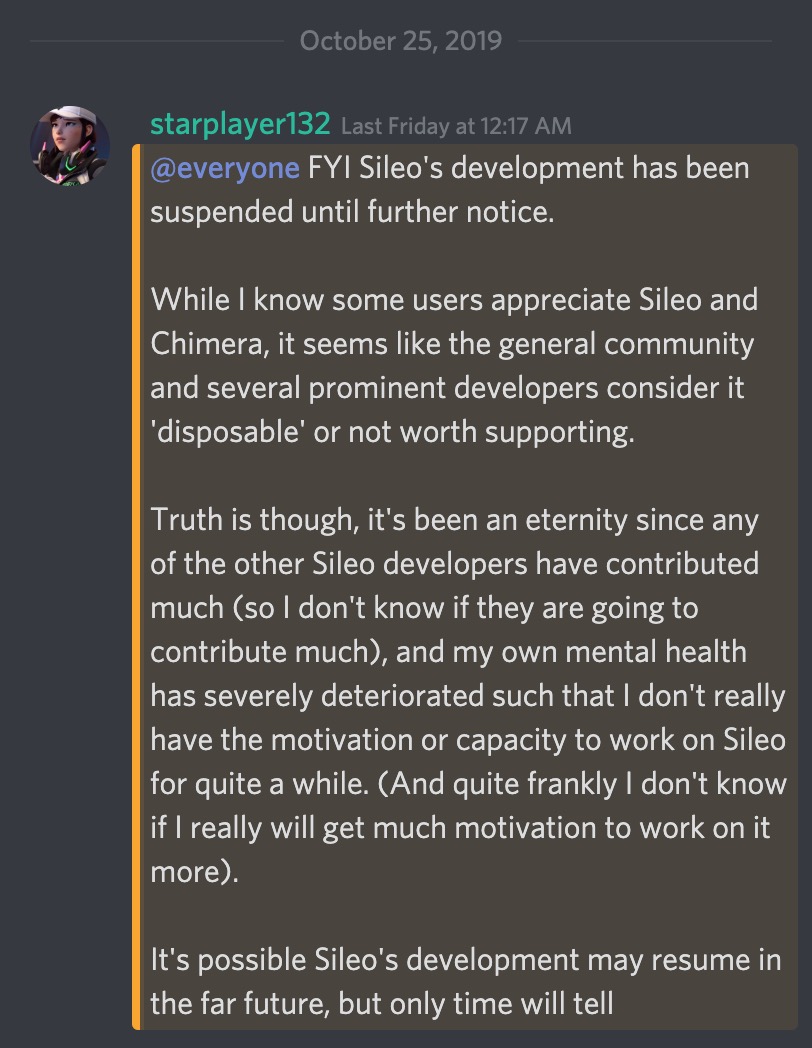 ichild - October 28, 2019 at 10:00am
No surprises for me. Told you guys ever since sileo killed Cydia on my job iPhone I'm done with it. Any nobody ever tried to reach out to people that was affected. Anyways. Ios13 has all the goodies I need and as far as I'm concerned I can finally say that JB isn't worth waiting around for anymore. Good luck guys and gals and to those who refuse to move forward and to not give apple any feedback on making iOS even better but it will get better. Just my 2cents.
Reply · Like · Mark as Spam

@6italia0 - October 28, 2019 at 6:45am
I’ve had Sileo on my iPhone xs max since it was released and since initially going through the app it was just very unappealing and haven’t used it since. When Cydia was still active I couldn’t imagine using an iPhone without it, but now that it’s basically dead so is the enjoyable jailbroken experience that I used to love. Sileo is honestly just a waste of time and it should just die just like the motivation to continue work on it did.
Reply · Like · Mark as Spam
Recent