At Qualcomm's Snapdragon Tech Summit, President Cristiano Amon revealed that the company is working with Apple to launch a 5G iPhone 'as fast as we can', reports PCMag.

"Priority number one of this relationship with Apple is how to launch their phone as fast as we can. That's the priority," said Amon.

Despite signing a licensing agreement in April, it may already have been too late to re-invent the 5G iPhone's radio path to integrate Qualcomm's RF front end.

"We have a multi-year agreement with [Apple.] It's not one, it's not two, it's multi-year for our Snapdragon modem. We're setting no expectations on front end, especially because we engaged it very late," Amon said. "We re-engaged probably later than both of us would like, and I think we've been working together to try to get as much as possible done, and take as much possible advantage of what they've done before so that we can actually launch a phone on schedule with 5G."

The RF front end is made up of antennas, signal tuners, and power amplifiers that can tune and squeeze more signal out of difficult networks. PCMag believes that Apple will have to take some Quaclomm front-end components because they make the only millimeter-wave antenna modules that work with Verizon and AT&T's 5G networks. However, Apple could use other elements of the radio path that it had in place for Intel's 5G modem.

"We're very happy with the progress we're making, and I expect that they're going to have a great device," Amon said. 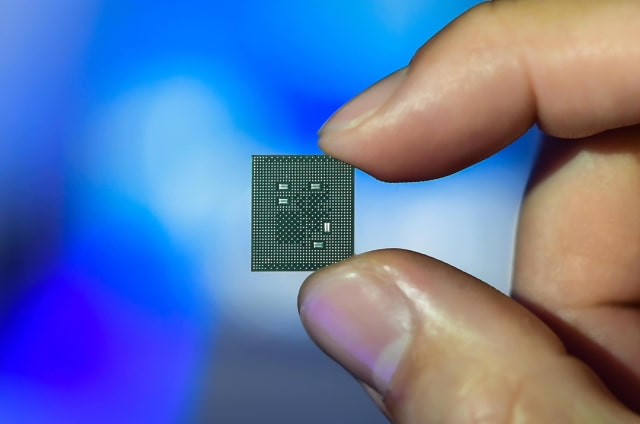