Apple has announced that its new Mac Pro and Pro Display XDR will be available to order on December 10, 2019.

The company has yet to update its site to reflect the launch date; however, it appears users are being notified via email. YouTuber Marques Brownlee shared an image from the email that reads...

The all-new Mac Pro features workstation-class Xeon processors up to 28 cores, a high-performance memory system with a massive 1.5TB capacity, eight PCIe expansion slots and a graphics architecture featuring the world’s most powerful graphics card. It also introduces an Apple Afterburner accelerator card that enables playback of three streams of 8K ProRes RAW video simultaneously. You can learn more about the desktop and new display here. 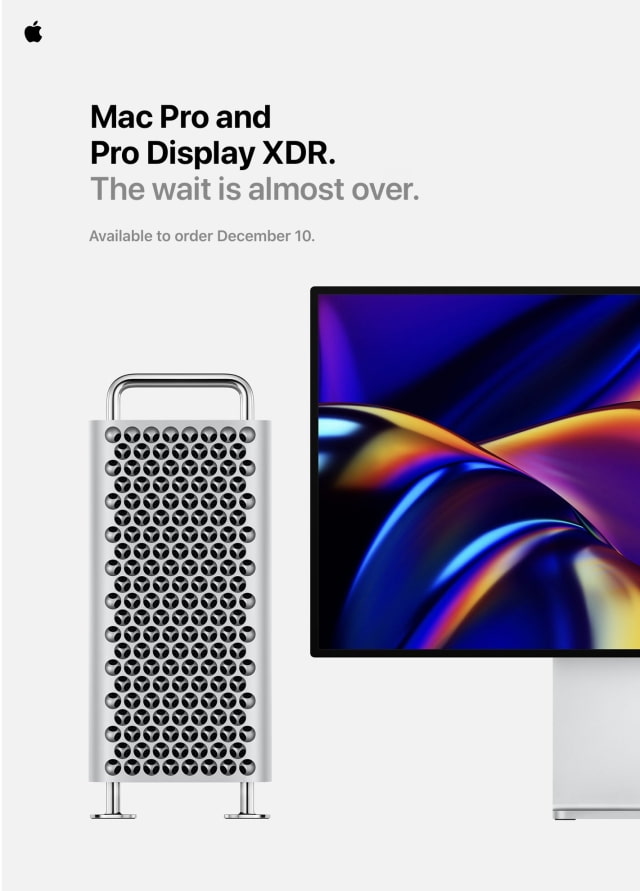