iFixit has posted its teardown of the new Mac Pro declaring it 'a masterclass in repairability.'

The Mac is back and more Pro than ever, throwing away the cylindrical “trash can” design in favor of something that resembles a computer. Its appearance may harken to the original Mac Pro from 2006, but can it compare in the repairability department? We dropped six thousand dollars and one block of hard cheddar to find out.

Highlights:
● New model number: A1991, and EMC 3203.
● On the back: 3.5 mm audio jack, two Thunderbolt/USB-C ports, two USB-As, two HDMIs, two 10 Gb Ethernets, and a run-of-the-mill C13 power plug.
● On the top: two more USB-Cs, power LED to the left of the power button.
● All PCIe cards are locked in place by a single switch (handily labeled as step 2).
● The I/O board, video card, and power supply all come out from the same side of the case.
● The power supply is held in place with a single T8 Torx screw.
● Removing the blower fan housing reveals SSD but since it's bound to the T2 chip replacements are a no-go.

Overall, iFixit declares the new Mac Pro "a Fixmas miracle: beautiful, amazingly well put together, and a masterclass in repairability".

Repairability Score: 9 out of 10
● The opening procedure couldn’t be easier.
● Basic repairs and upgrades can be performed with standard tools or even no tools at all.
● Major components are highly modular and use industry-standard sockets and interfaces, making replacements and upgrades a snap.
● Apple provides some step numbers and diagrams right on the device, and publishes free repair manuals for some repairs to help you get it right.
● The SSDs cards are modular, but custom-made by Apple, complicating replacement.
● If you need a replacement part that’s not on Apple’s limited list of approved repairs, you’ll likely pay a dizzying price—if you can find them at all.

Take a look at a few images below and hit the link for the full teardown! 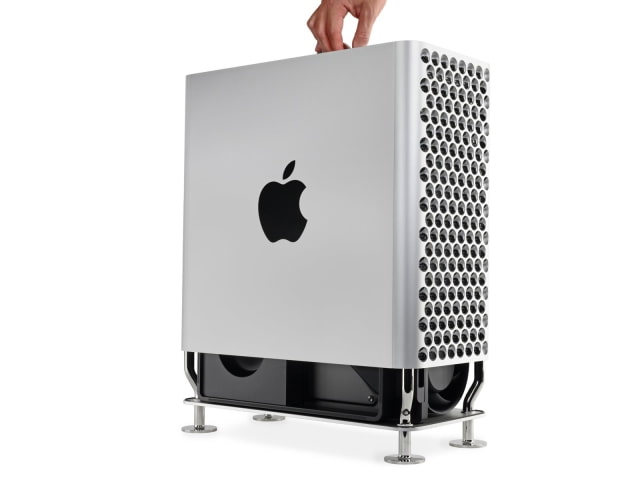 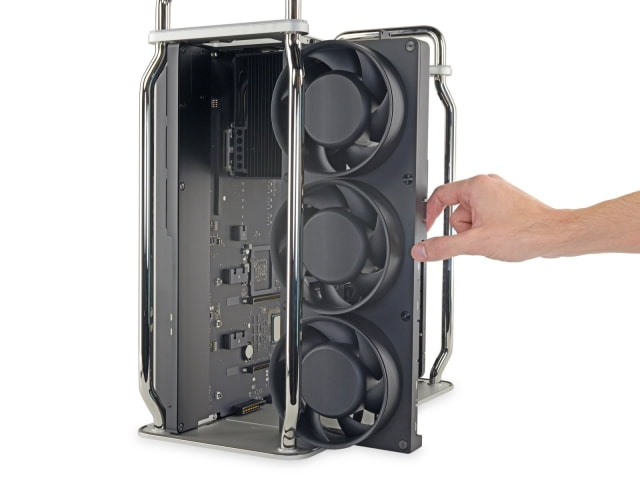 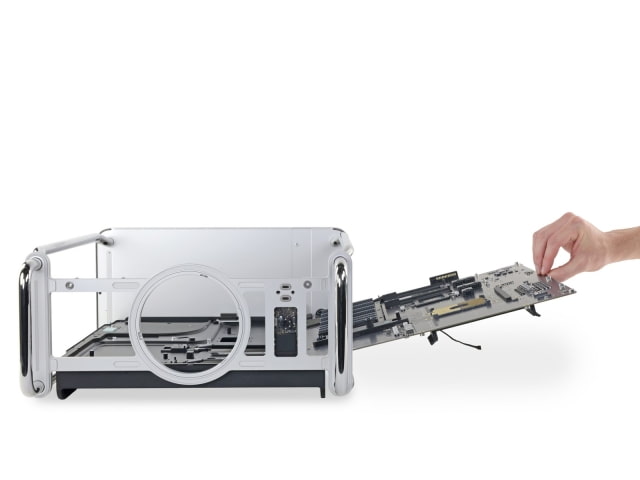 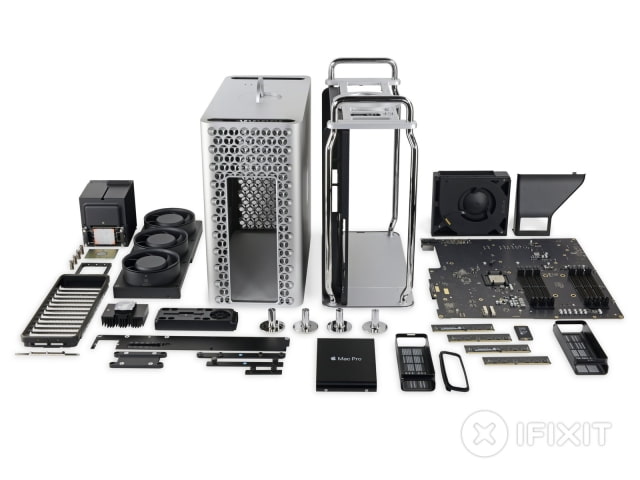