Apple has announced the completed rollout of its new Maps experience in the United States.

The new maps feature faster and more accurate navigation and a comprehensive views of roads, buildings, parks, airports, malls and more. They'll begin rolling out across Europe in the coming months.

“We set out to create the best and most private maps app on the planet that is reflective of how people explore the world today,” said Eddy Cue, Apple’s senior vice president of Internet Software and Services. “It is an effort we are deeply invested in and required that we rebuild the map from the ground up to reimagine how Maps enhances people’s lives — from navigating to work or school or planning an important vacation — all with privacy at its core. The completion of the new map in the United States and delivering new features like Look Around and Collections are important steps in bringing that vision to life. We look forward to bringing this new map to the rest of the world starting with Europe later this year.” 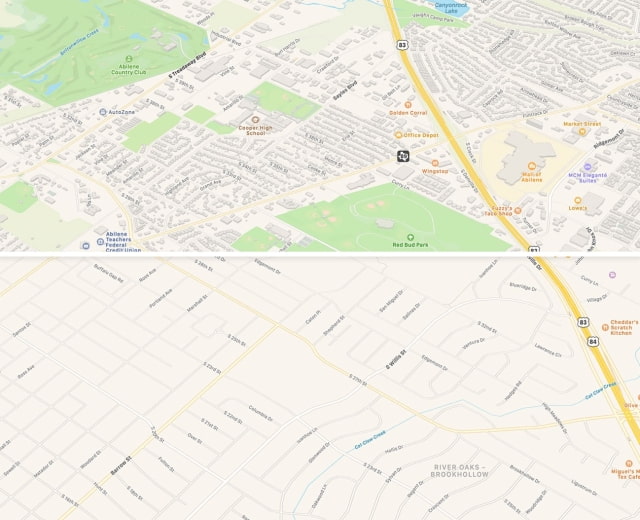 Here's a look at some of the key features of Apple Maps...

Explore Major Cities with Look Around
Maps offers interactive street-level imagery with high-resolution, 3D photography and smooth and seamless transitions through major cities with Look Around. Customers from anywhere in the world can navigate through New York City, the San Francisco Bay Area, Los Angeles, Las Vegas, Houston and Oahu, with many more places to come. 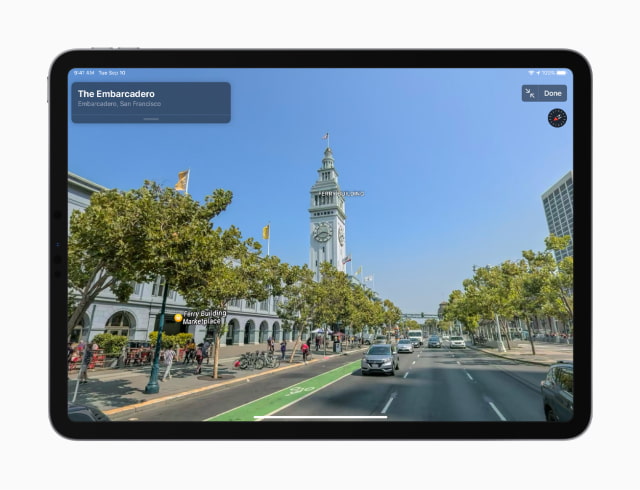 Users Can Share Places They Love with Collections
Users can easily build and share lists of their favorite restaurants, places they want to visit or top sites for their next big vacation using Collections. 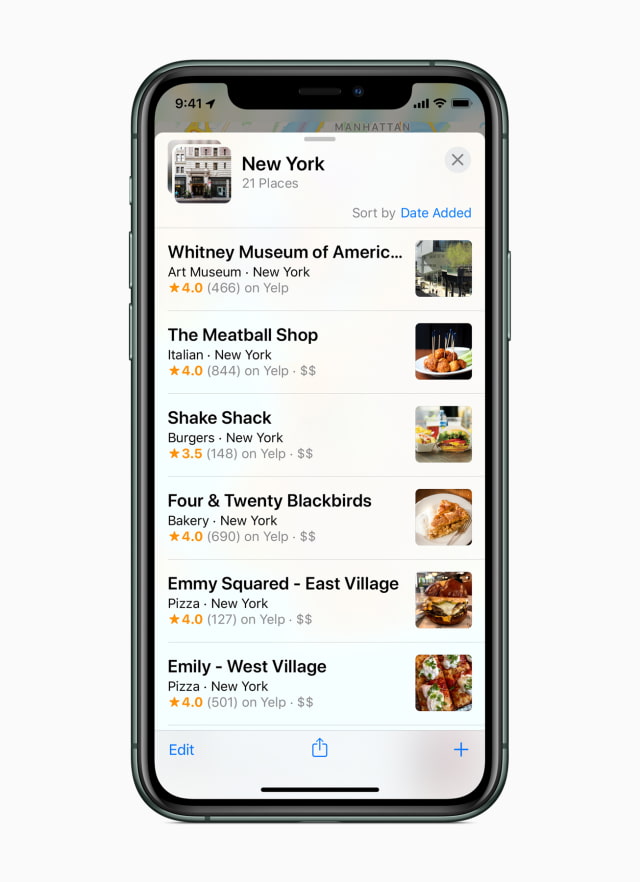 One-Tap Navigation to Frequent Places with Favorites
Customers get quick and easy navigation to the places they visit every day with Favorites. Whether it’s home, work, the gym or school, users can simply tap and go once it’s in Favorites on the launch screen. 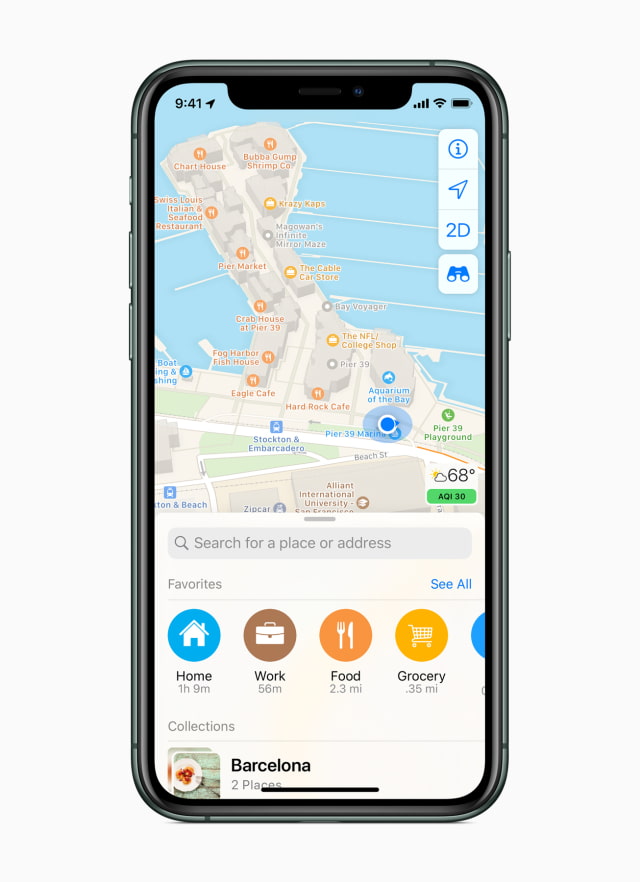 Additional features in Maps include:
● Real-time transit information gives detailed transit schedules, live departure times, arrival times, the current location of a bus or train en route, and system connections to help plan a journey. Maps also includes important real-time information like outages. Real-time transit is available in many cities across the world including the San Francisco Bay Area, Washington D.C., New York, Los Angeles and, starting today, in Miami, with many more cities to come.
● Share ETA sends an estimated time of arrival to family, friends or coworkers with a simple tap. The receiver can follow along on the journey, and Maps will even update them with a revised estimate for when the traveler is arriving if a significant delay occurs.
● Flight status uses on-device Siri intelligence to scan for information stored in Mail, Calendar or Wallet and proactively serves flight information for terminals, gate locations and departure times, as well as flight changes or cancellations for upcoming travel.
● Indoor Maps for airports and malls makes it possible for users to get the most out of their next trip or shopping excursion. By simply opening the Maps app, users can see what level they’re on, restroom locations and even which stores and restaurants are open.
● Siri Natural Language Guidance provides more natural-sounding directions that are even easier to follow, such as “At the next traffic light, turn left.” Siri Natural Language Guidance is available across the United States.
● Flyover offers a way to see select major metro areas with photo-realistic, immersive 3D views. Users can move their device through space to experience a city from above, or explore in high resolution as they zoom, pan, tilt and rotate around the city and its landmarks. Flyover is available in more than 350 cities. 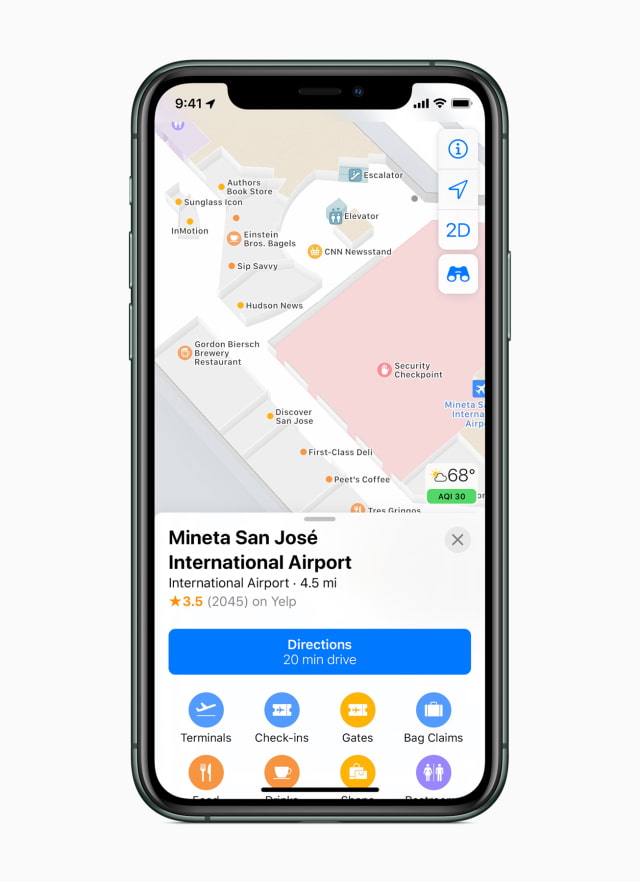 Maps and Privacy
Apple is committed to keeping personal information safe and has built privacy into the core of Maps. With Maps, no sign-in is required and it is not connected to an Apple ID in any way. Personalized features, such as suggesting departure time to make the next appointment, are created using on-device intelligence. Any data collected by Maps while using the app, like search terms, navigation routing and traffic information, is associated with random identifiers that continually reset to ensure the best possible experience and to improve Maps. Maps goes even further to obscure a user’s location on Apple servers when searching for a location through a process called “fuzzing.” Maps converts the precise location where the search originated to a less-exact one after 24 hours and does not retain a history of what has been searched or where a user has been. 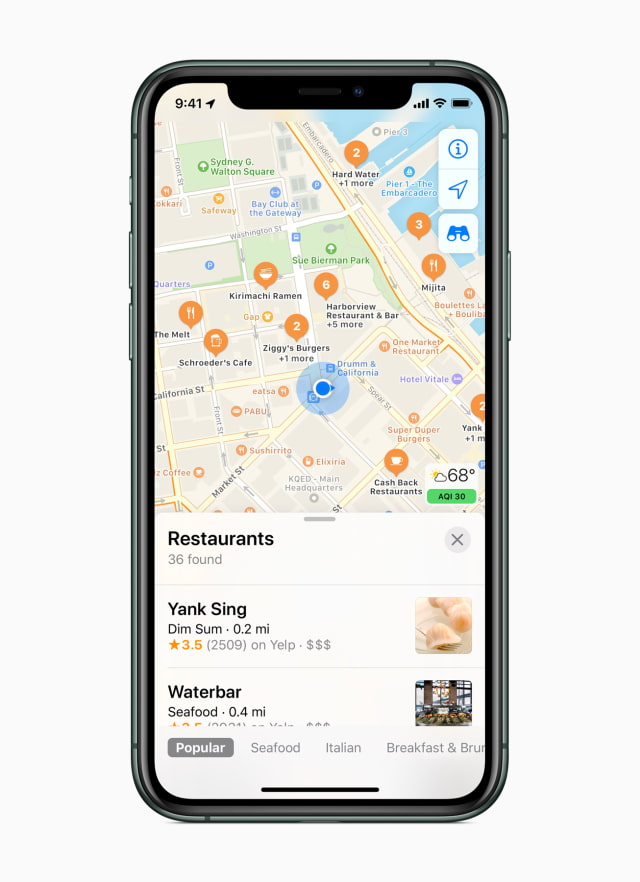