Samsung has accidentally sent a 'Find My Mobile' notification to Galaxy phone users worldwide, causing some users to believe their device had been compromised.

I personally got it on a Samsung Galaxy S8+ and a Galaxy A50S, and for both devices, clicking it did nothing. At least nothing that I could see: It didn't fire up the application and offer any explanation of what it could mean.

According to Yonhap, Samsung issued a statement revealing that the notification was an internal test gone wrong.

Samsung Electronics announced in a Samsung Members announcement that "This is a message sent wrong during the internal test, there is no effect on the customer's smartphone" and "I'm sorry for the inconvenience." 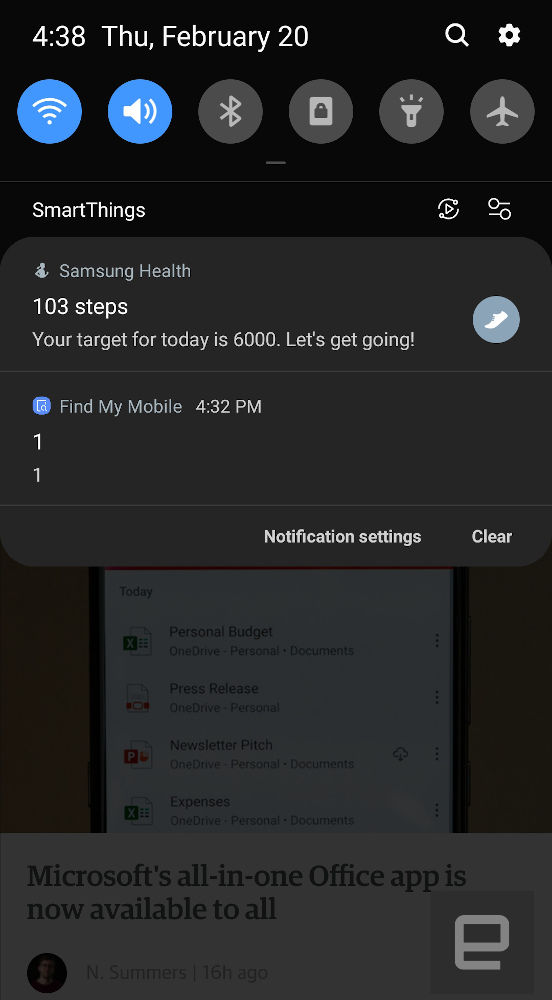 ichild - February 21, 2020 at 8:03am
Fake news and more lies, all mobile makers has this option proves that they track your devices on a daily basis. Thats the real topic so all the talk over privacy is hogwash. This is the digital age of always tracking no matter what. Someone probably hit something or was testing a new option that does something totally different. But the media will never report on that. Criminal times for sure.
Reply · Like · Mark as Spam
Recent