Apple has released a new firmware update for its AirPods Pro wireless earbuds. The firmware version is 2D15.

Apple released the previous 2C54 firmware update on December 16, 2019 but after reports that it made noise cancellation worse, the company pulled the update. Thus, some users may still be on 2B588.

You can check the firmware version of your AirPods Pro via the Settings > General > About > AirPods menu.

We're not sure what changes Apple has made with 2D15 update; however, pairing and noise cancellation improvements would be great.

There's no sure fire way to upgrade your AirPods to the new firmware but you can try plugging them in to charge near a paired iPhone. 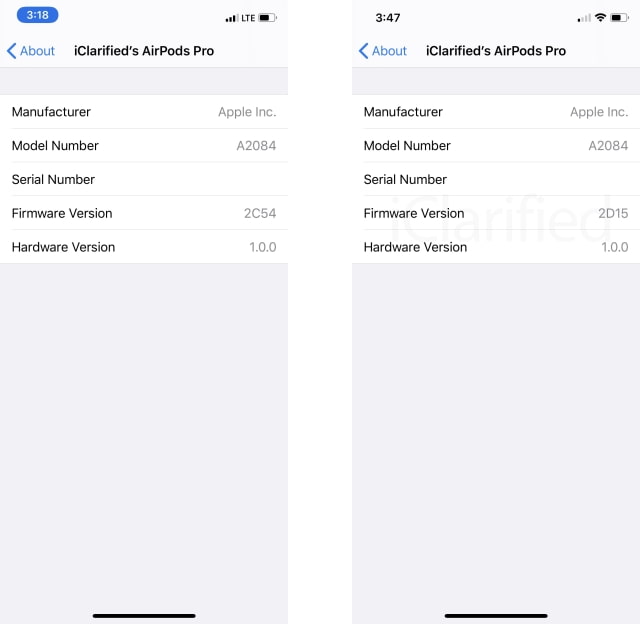 marckoliver - May 7, 2020 at 2:16pm
And no word for an update to AirPods 1st Gen that is disconnecting and everything points to a firmware problem. The multiple pages thread with people that had their AirPods 1 rendered useless by the last update left Out in the cold. Thanks Apple... :/
Reply · Like · Mark as Spam
1

sharkman - May 6, 2020 at 6:51am
Mine updated overnight, haven’t noticed any changes in behaviour.
Reply · Like · Mark as Spam
Recent