Apple has officially announced that it will transition its Mac computers from Intel-based processors to custom Apple Silicone.

In a historic day for the Mac, Apple today announced it will transition the Mac to its world-class custom silicon to deliver industry-leading performance and powerful new technologies. Developers can now get started updating their apps to take advantage of the advanced capabilities of Apple silicon in the Mac. This transition will also establish a common architecture across all Apple products, making it far easier for developers to write and optimize their apps for the entire ecosystem. 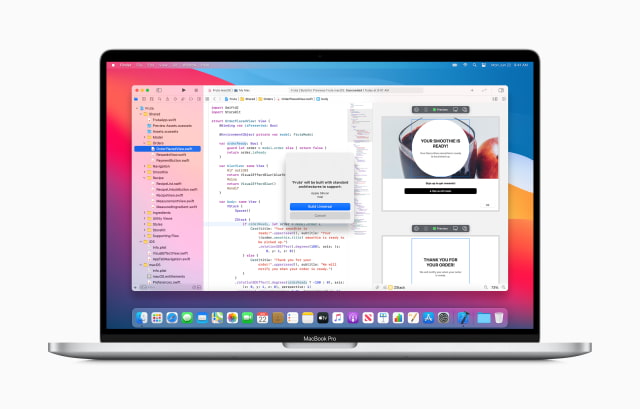 Apple today also introduced macOS Big Sur, the next major release of macOS, which delivers its biggest update in more than a decade and includes technologies that will ensure a smooth and seamless transition to Apple silicon. Developers can easily convert their existing apps to run on Apple silicon, taking advantage of its powerful technologies and performance. And for the first time, developers can make their iOS and iPadOS apps available on the Mac without any modifications.
To help developers get started with Apple silicon, Apple is also launching the Universal App Quick Start Program, which provides access to documentation, forums support, beta versions of macOS Big Sur and Xcode 12, and the limited use of a Developer Transition Kit (DTK), a Mac development system based on Apple’s A12Z Bionic System on a Chip (SoC).

“From the beginning, the Mac has always embraced big changes to stay at the forefront of personal computing. Today we’re announcing our transition to Apple silicon, making this a historic day for the Mac,” said Tim Cook, Apple’s CEO. “With its powerful features and industry-leading performance, Apple silicon will make the Mac stronger and more capable than ever. I’ve never been more excited about the future of the Mac.”

Family of Mac SoCs to Deliver Powerful New Features and Best-in-Class Performance
For over a decade, Apple’s world-class silicon design team has been building and refining Apple SoCs. The result is a scalable architecture custom designed for iPhone, iPad, and Apple Watch that leads the industry in unique features and performance per watt, and makes each of them best in class. Building upon this architecture, Apple is designing a family of SoCs for the Mac. This will give the Mac industry-leading performance per watt and higher performance GPUs — enabling app developers to write even more powerful pro apps and high-end games. And access to technologies such as the Neural Engine will make the Mac an amazing platform for developers to use machine learning. This will also create a common architecture across all Apple products, making it far easier for developers to write and optimize software for the entire Apple ecosystem.

macOS Big Sur Enables Transition to Apple Silicon
In macOS Big Sur, Apple is offering a range of technologies to make the transition to Apple silicon smooth and seamless. With everything built into Xcode 12, such as native compilers, editors, and debugging tools, most developers will be able to get their apps running in a matter of days. Using Universal 2 application binaries, developers will be able to easily create a single app that taps into the native power and performance of the new Macs with Apple silicon, while still supporting Intel-based Macs. With the translation technology of Rosetta 2, users will be able to run existing Mac apps that have not yet been updated, including those with plug-ins. Virtualization technology allows users to run Linux. Developers can also make their iOS and iPadOS apps available on the Mac without any modifications.

Quick Start Program Lets Developers Get Started Today
Apple Developer Program members can start moving their apps to Apple silicon today by applying for the Universal App Quick Start Program. The program provides access to documentation, forums support, beta versions of macOS Big Sur and Xcode 12, and includes the limited use of a DTK, which will enable developers to build and test their Universal 2 apps. The DTK, which must be returned to Apple at the end of the program, consists of a Mac mini with Apple’s A12Z Bionic SoC inside and desktop specs, including 16GB of memory, a 512GB SSD, and a variety of Mac I/O ports. Developers can apply to the program at developer.apple.com, and the total cost of the program is $500. 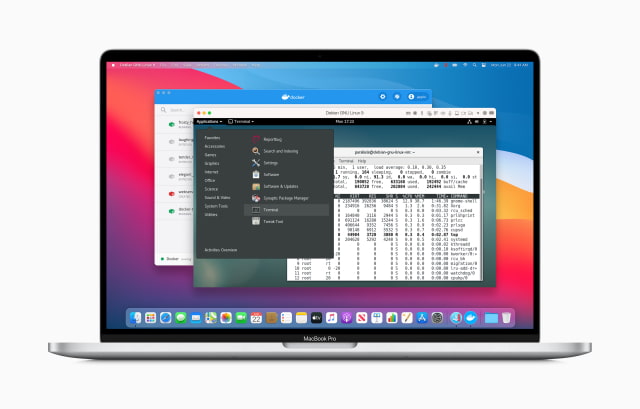 Brownest - June 23, 2020 at 3:53pm
SILICON is an tetravalent element most commonly used in semiconductors. SILICONE is a polymer used for (among other things) breast implants. Do you REALLY mean Silicone??? (I don't think so.)
Reply · Like · Mark as Spam
Recent