Apple has moved to ban hackers Sherif Hashim and iH8Sn0w from the App Store after they discovered exploits in the iPhone firmware.

Sherif Hashim recently found an exploit in the iPhone OS 3.1.3 firmware which could lead to an unlock for the most recent 05.12.01 baseband.

"Your Apple ID was banned for security reasons", that's what i get when i try to go to the app store, they must be really angry :)))))

and guess what my apple ID was, "sherif_hashim@yahoo.com", what a fool was me not to notice :))), can't help laughing, they are babies :)))

at least they should have wait after the release :))

Interestingly, this same exact thing happened to iH8Sn0w who was responsible for finding an exploit which lead to the unlock of the last baseband.

lol, they did that to my ih8sn0wyday[@t]googmail.com too. (right after I posted XEMN)... 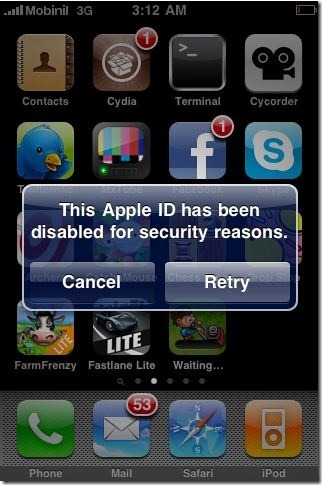 Snowball76 - February 17, 2010 at 10:21am
If I were him I would of not said anything on Twitter in the first place. I would have just told the dev team and continue making an unlock for the phone. Then put the finished unlock on this website. That would have been a smarter move by a hacker. That\'s just my thoughts on the subject.
Reply · Like · Mark as Spam

joe - February 16, 2010 at 1:22pm
next time you get a account with apple to make apps maybe it would help that your name and your jailbreak not have your real name attached to it. also shut your mouth to the exploits stop helping apple out the more you talk the more they close the OS to you people with every new firmware your making it to easy for them to figure it out just release the jailbreak without giving away how it works it\'s call corporate secrets if apple can do it so can the jailbreak community .learn to be tight lipped about your secrets.
Reply · Like · Mark as Spam

sherif_hashim - February 16, 2010 at 6:39am
To prevent spreading of unconfirmed news on your site that i proudly follow, this is the first time i ve got this message on the app store and itunes, timing is very weird :), first thing i was told when i inquire about this thru one of my most imminent friends, that this may be a password issue, so i tried resetting my password back, and all went fine, but i got the same message again when i tried to download any app or music thru app store or itunes, so i thought like, ok i ll do another account with another e-mail that doesn\'t have my name, but my visa was rejected!!!, which i thought of as wtf, this doesn\'t appear as apple act, at the end i ve managed to have a new account using my wife\'s visa and and another e-mail, (could they have disabled any login with my name and my visa......i don\'t know for sure) i m really confused if this was an apple act or just someone was messing with my account, but i just decided to get it clear here to prevent spreading of unconfirmed news over your valuable site Dr sherif Hashim
Reply · Like · Mark as Spam