Apple has concealed all of its ocean freight import records from public view in preparation for the iPad arrival, according to the statement below from Trade Privacy.

In 2008, after ImportGenius.com accurately predicted the arrival of Apple’s iPhone by monitoring the company’s import shipments, Apple took action to conceal their records from the public and their trade data is currently inaccessible from U.S. Customs.

As the arrival of Apple’s new iPad approaches, industry competitors as well as the media will be unable to acquire early intelligence on arriving Apple products from overseas manufacturers. Apple, well known for their operational secrecy, continues to show leadership in the technology industry by protecting the iPad and future product shipment records. According to Trade Privacy, however, many other world-class technology companies like Microsoft, Google, Samsung and Sony continue to import daily unprotected, exposing their import records (which can be viewed at Trade Privacy's website) to customers and competitors. 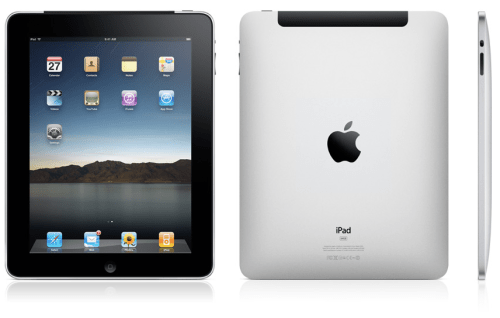 Alicia - February 19, 2010 at 9:25pm
Apple could sent that piece of crap back they should keep it a permanent secret and not even sell. Apple is over secretive and all their shit is always out. Ipad no thanks.
Reply · Like · Mark as Spam
Recent