Mac shipments grew 13.2% in the third quarter of 2020 year over year, according to a new report from Canalys. That's slightly better than the overall PC market which is said to have grown 12.7% year over year to reach 79.2 million units.

This is the highest growth the market has seen in the past 10 years. After a weak Q1, the recovery in Q2 continued into Q3 this year, and it even grew on top of a strong market the previous year. Global notebook shipments touched 64 million units (almost as much as the record high of Q4 2011 when notebook shipments were 64.6 million) as demand continued to surge due to second waves of COVID-19 in many countries and companies continued to invest in longer-term transitions to remote working. Shipments of notebooks and mobile workstations grew 28.3% year-on-year. This contrasted with desktop and desktop workstations, which saw shipments shrink by 26.0%.

“The lasting effects of this pandemic on the way people work, learn and collaborate will create significant opportunities for PC vendors in the coming years,” added Rushabh Doshi, Canalys Research Director. “As the line between work and home lives is increasingly blurred, it becomes important to position devices towards a wide array of use cases, with a focus on mobility, connectivity, battery life, and display and audio quality. Differentiation in product portfolios to capture key segments such as education and mainstream gaming will also provide pockets of growth. And beyond the PC itself, there will be an increased need for collaboration accessories, new services, subscription packages and a strong focus on endpoint security. These trends will most benefit vendors who provide holistic solutions that enable their customers to make structural changes to their operations. Although the focus has been on commercial PC demand in the last two quarters, consumer spending during the holiday season is set to bring more joy to the PC market.”

Check out the charts below and hit the link for the full report. 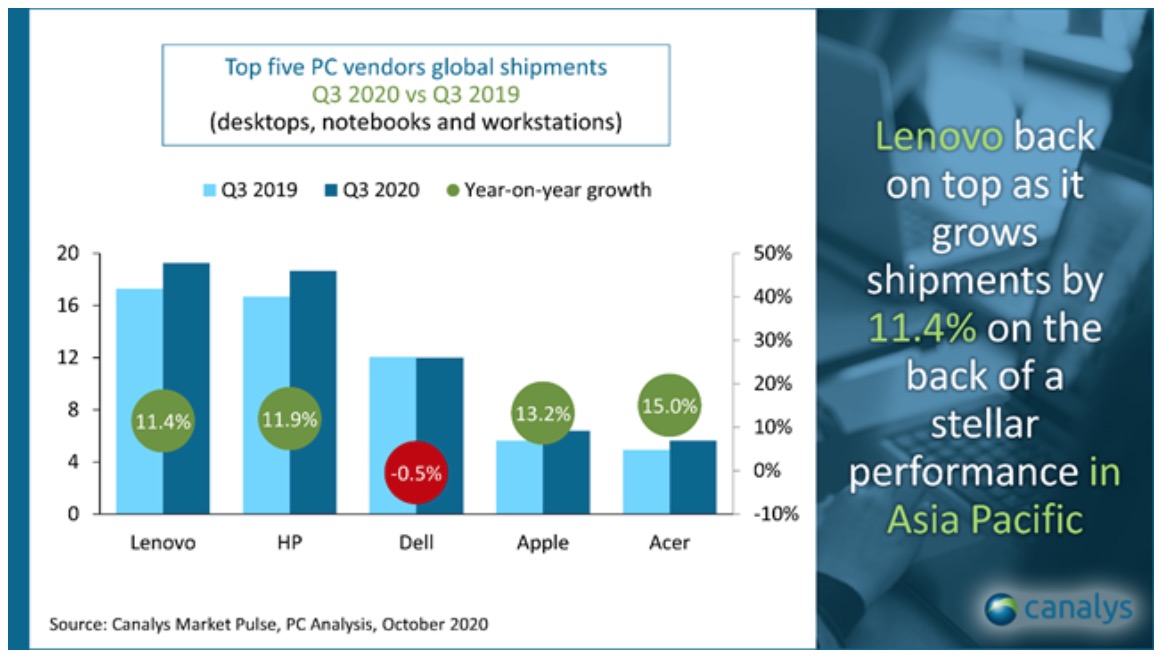 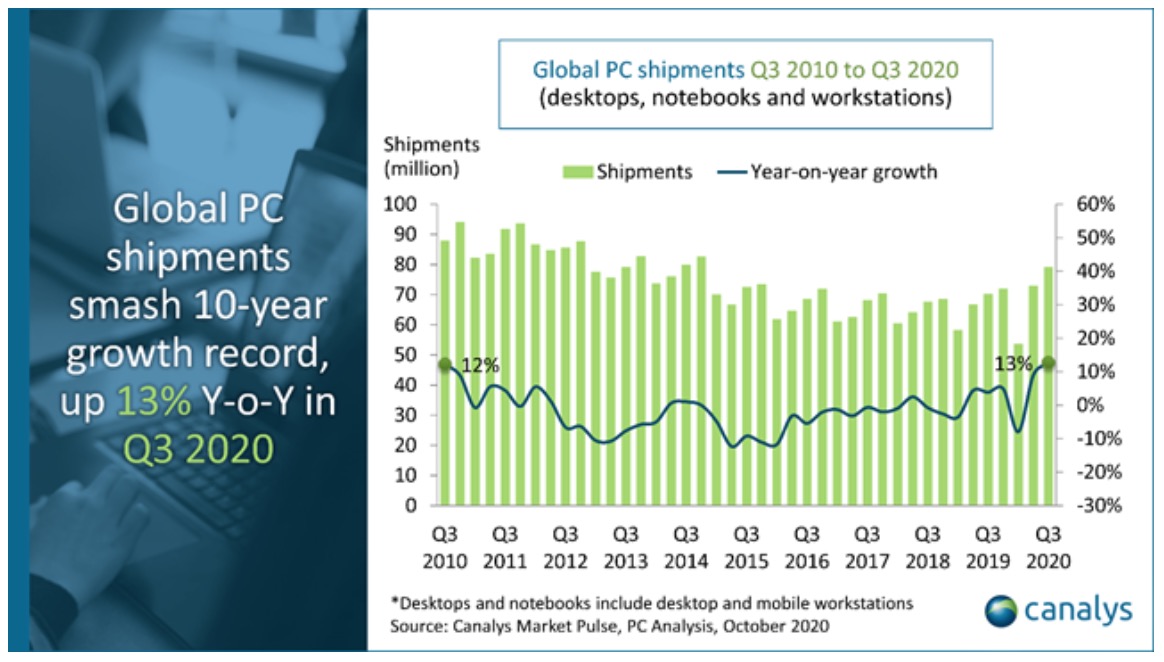