NVIDIA has announced that GeForce NOW is streaming on iOS Safari in beta, starting today.

That means more than 5 million GeForce NOW members can now access the latest experience by launching Safari from iPhone or iPad and visiting play.geforcenow.com. Once logged in, you’re only a couple clicks away from streaming a massive catalog of the latest and most played PC games. Instantly jump into your games, like Assassin’s Creed Valhalla, Destiny 2 Beyond Light, Shadow of the Tomb Raider and more. Founders members can also play titles like Watch Dogs: Legion with RTX ON and NVIDIA DLSS, even on their iPhone or iPad.

GeForce NOW on iOS Safari requires a gamepad — keyboard and mouse-only games aren’t available due to hardware limitations. For the best experience, you’ll want to use a GeForce NOW Recommended gamepad, like the Razer Kishi.

Notably, following its departure from the App Store, Fortnite is planning to return to iOS devices via GeForce NOW.

Fortnite, Coming Soon
Alongside the amazing team at Epic Games, we’re working to enable a touch-friendly version of Fortnite, which will delay availability of the game. While the GeForce NOW library is best experienced on mobile with a gamepad, touch is how over 100 million Fortnite gamers have built, battled and danced their way to Victory Royale. We’re looking forward to delivering a cloud-streaming Fortnite mobile experience powered by GeForce NOW. Members can look for the game on iOS Safari soon. 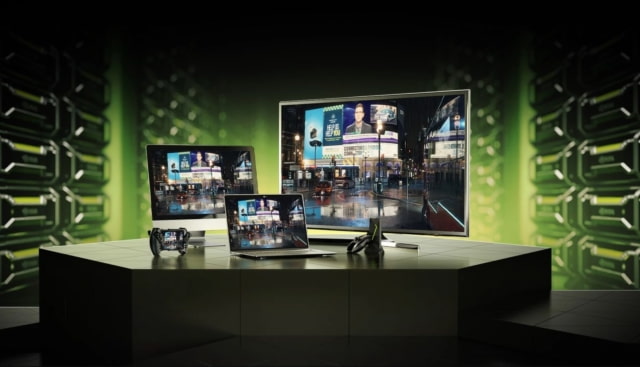