Apple has announced that the Music Memos app will be discontinued as of March 1, 2021.

Music Memos was released as an easy way for songwriters to capture and organize new musical ideas. Its functionality is similar to Voice Memos and Apple is now asking users to move over to that app.

---
Recording is moving to Voice Memos
Voice Memos is a convenient way to record on your iPhone, iPad, Mac or Apple Watch. You can now export your Music Memos recording to your Voice Memos library.

Music Memos will no longer be available to new users after March 1, 201, but you can continue to use this version with iOS 14.
---

More details on the transition can be found here. You can still download Music Memos from the App Store for free at the link below. 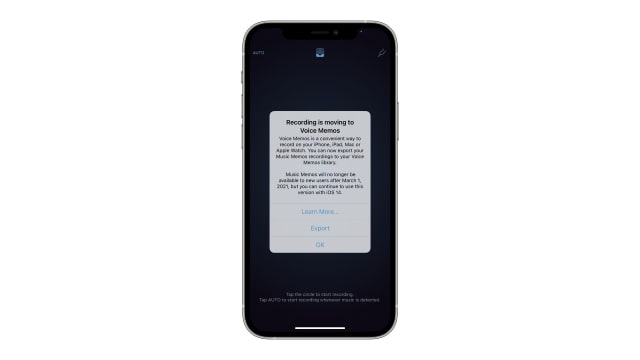