Apple is targeting 2024 to begin production of a passenger vehicle with 'next level' battery technology, according to a new report from Reuters.

The company's automotive efforts, know as Project Titan', started in 2014. Apple initially wanted to design its own vehicle; however, in 2016 it scaled back its car plans resulting in hundreds of job cuts and a new direction for the project that didn't involve building an actual vehicle.

In 2018, Doug Field, the former head of Telsa Model 3 production, returned to Apple and began working on Project Titan. Since then Apple has progressed enough that it once again aims to build a vehicle for consumers.

Apple’s goal of building a personal vehicle for the mass market contrasts with rivals such as Alphabet Inc’s Waymo, which has built robo-taxis to carry passengers for a driverless ride-hailing service. Central to Apple’s strategy is a new battery design that could “radically” reduce the cost of batteries and increase the vehicle’s range, according to a third person who has seen Apple’s battery design.

Apple will purportedly use a unique 'monocell' design for its battery, freeing up space inside the battery pack by eliminating pouches and modules that hold battery materials.

It's unclear who would assemble an Apple-branded car; however, sources say the company will likely rely on a third party partner for manufacturing. Two source also warned the pandemic could delay the start of production into 2025 or beyond. 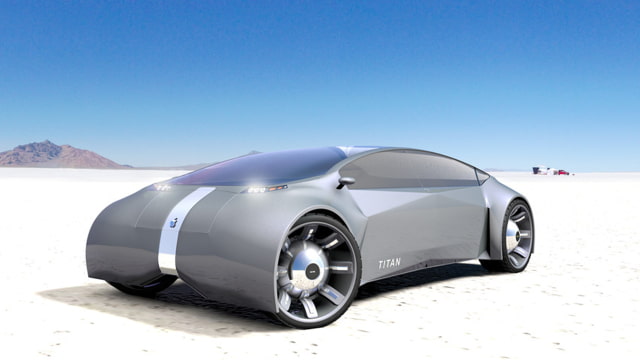 BritBratExpat - December 22, 2020 at 6:15pm
So, no support/updates on its software too as it gets older just like the iPhones?
Reply · Like · Mark as Spam

DMontez - December 21, 2020 at 9:57pm
That electric bike is going be Ducati price if is has half eaten apple logo on it. I love and rock with Apple but the cost for any little thing is crazy - a car or motorcycle. Oh it’s going to be pricey
Reply · Like · Mark as Spam

FutureMedia - December 21, 2020 at 9:30pm
I want an Apple Electric Bicycle not an expensive car.
Reply · Like · Mark as Spam
Recent