Apple may be planning to release smaller, lighter GaN power adapters to replace its silicon based ones, reports DigiTimes.

Ireland-based Navitas Semiconductor, US-based Power Integrations and China-based Innoscience are the global top-three suppliers of fast charging solutions based on GaN-on-Si chips. Navitas are expected to obtain orders from Apple and other vendors in 2021, with TSMC to supply GaN-on-Si chips, industry sources noted.

Besides being smaller and lighter, GaN chargers are preferred because they generate less heat.

-----
Since the '80s, silicon has been the go-to material for transistors. Silicon conducts electricity better than previously used materials—such as vacuum tubes—and keeps costs down, as it's not too expensive to produce. Over the decades, improvements to technology led to the high performance we're accustomed to today. Advancement can only go so far, and silicon transistors may be close to as good as they are going to get. The properties of silicon material itself as far as heat and electrical transfer mean the components can’t get any smaller. GaN is different. It's a crystal-like material that's capable of conducting far higher voltages. Electrical current can pass through components made from GaN faster than silicon, which leads to even faster processing. GaN is more efficient, so there's less heat.
-----

You can already purchase GaN chargers from companies like Anker, Aukey, Belkin, and others but official Apple GaN power adapters would be welcomed. 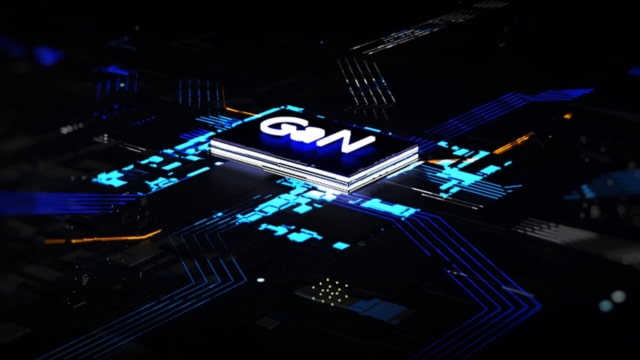