Global app spending grew 30.2% in 2020 to a record high, according to a new Sensor Tower report. Consumers spent nearly $111 billion on in-app purchases, subscriptions, and premium apps across both the App Store and the Google Play app store.

Globally, consumer spending on the App Store reached $72.3 billion, up 30.3 percent Y/Y from $55.5 billion in 2019. As in previous years, this exceeded the amount users spent on Google Play, which grew 30 percent Y/Y from $29.7 billion in 2019 to $38.6 billion. The App Store generated 87.3 percent more in consumer spending than the Play store, and both platforms experienced roughly the same Y/Y growth. The spending gap between the platforms remained relatively flat compared to 2019. 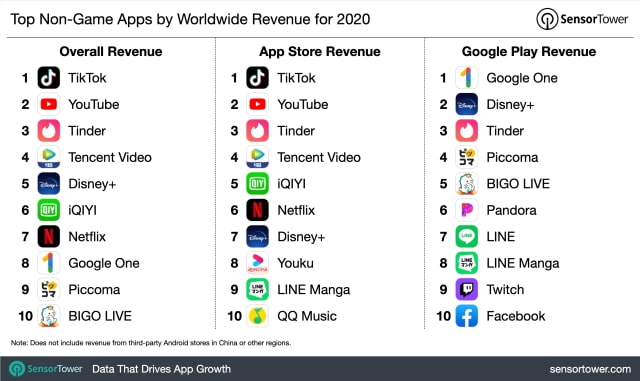 Much more detail in the full report linked below. 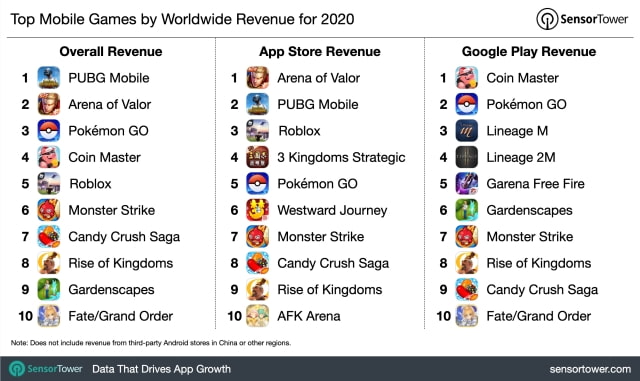