Apple iPhone users in the United States spent an average of $138 on apps last year, up 38% from the year before, according to a new report from Sensor Tower. 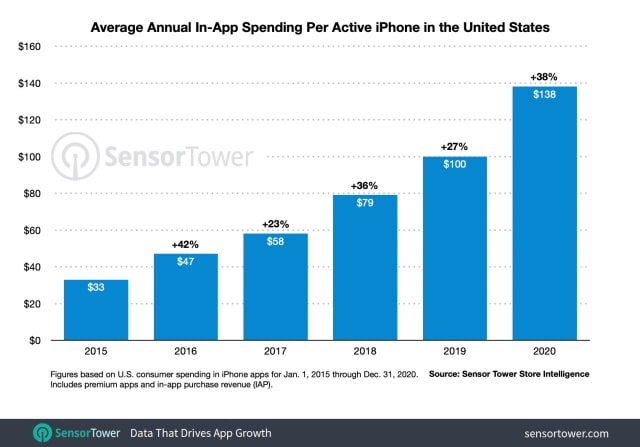 The entertainment category also saw a big boost in spending. Average per-device spending reached $10.20, an increase of 26% over 2019. 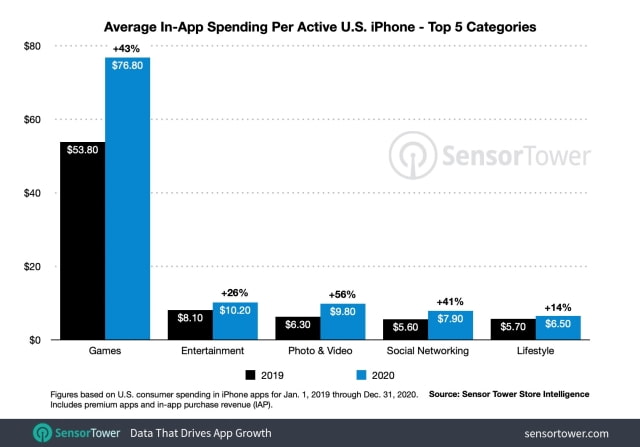