DxOMark has announced a new battery test protocol that is being used to rank the battery performance of popular smartphones.

Most potential buyers want to know if the phone charges quickly, and especially how long a charge lasts, and an mAh number will not tell them that — but we at DXOMARK can. We measure autonomy (how long a charge lasts or “battery life”), of course, but also charging (how long it takes to charge), and efficiency (how much power the phone consumes in charging or discharging). What makes the DXOMARK Battery protocol unique is that our engineers use state-of-the-art equipment to run specially-designed measurements of battery performance based on real-life use cases — in other words, we base our reproducible scientific tests on many of the most common ways people tend to use their phones 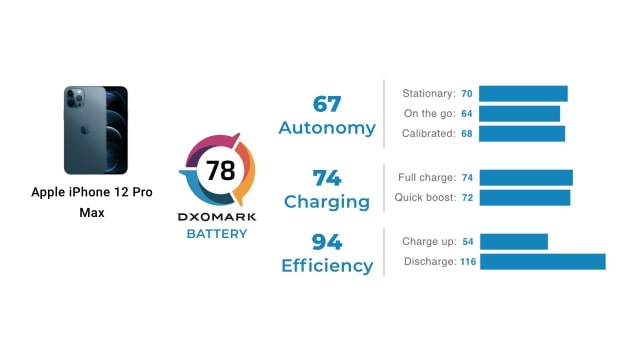 The iPhone 12 Pro Max was ranked fourth out of the initial seventeen devices tested.

With an overall Battery score of 78, the Apple iPhone 12 Pro Max puts in a respectable performance that lands it in the top four in our database so far. While it has an average score for Charging, and an above-average score for Autonomy, it is the current score leader for Efficiency thus far (but as ever, numbers alone don’t quite tell the whole story).

Topping the DxOMark Battery rankings is the Samsung Galaxy M51, followed by the Wiko Power U30, and the Oppo Find X3 Neo.

Check out the full iPhone 12 Pro Max review and the rankings list at the link below... 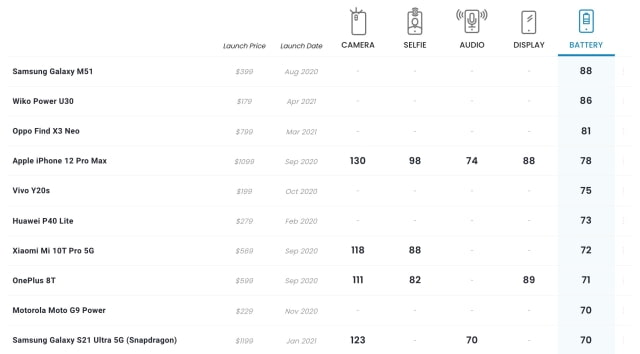 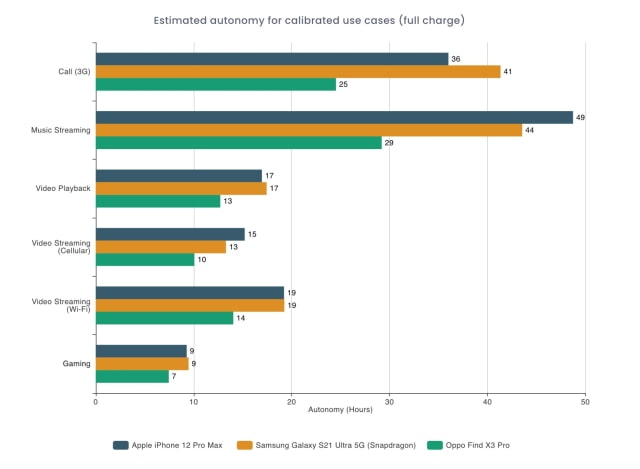