Apple Music has announced a 'special event' that will take place at 12pm PT on June 7, following the WWDC 2021 keynote.

Apple Music is bringing industry-leading sound quality to subscribers with the addition of Spatial Audio with support for Dolby Atmos. Spatial Audio gives artists the opportunity to create immersive audio experiences for their fans with true multidimensional sound and clarity. Apple Music subscribers will also be able to listen to more than 75 million songs in Lossless Audio — the way the artists created them in the studio. These new features will be available for Apple Music subscribers starting next month at no additional cost. 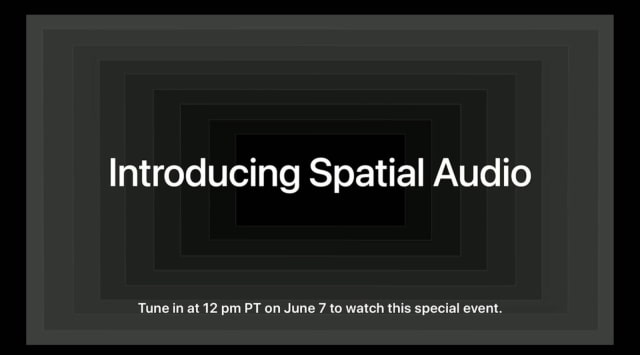