Thousands of workers are sleeping on factory floors in Vietnam as manufacturers attempt to avoid COVID outbreaks that could disrupt production, reports Bloomberg.

In the northern provinces of Bac Ninh and Bac Giang, a key manufacturing hub that’s home to Samsung Electronics Co. and leading Apple Inc. suppliers, authorities say about 150,000 workers are living at industrial parks to reduce the risk of infections. In the commercial hub of Ho Chi Minh City, 22 companies with a workforce of 25,000 also set up sleepover sites for an unspecified number of employees, according to the city’s media center.

“It’s strange to live in a factory and a bit difficult to sleep at first,” said Nguyen Thi Mai, 28, who’s worked at Samsung supplier Bac Giang for two years. “But my colleagues and I understand that it’s necessary and just temporary.”

In April, an outbreak closed northern industrial parks that housed Apple suppliers Foxconn and Luxshare. The factories were allowed to reopen after strict health precautions were put in place.

Authorities worked with companies including Luxshare “to have them arrange for their workers to sleep in the factories and in dormitories while also having them tested every week,” said Nguyen Dai Luong, chairman of the People’s Council of Viet Yen district. “That has significantly helped stop the virus spread and enabled factories to resume operations quickly.” 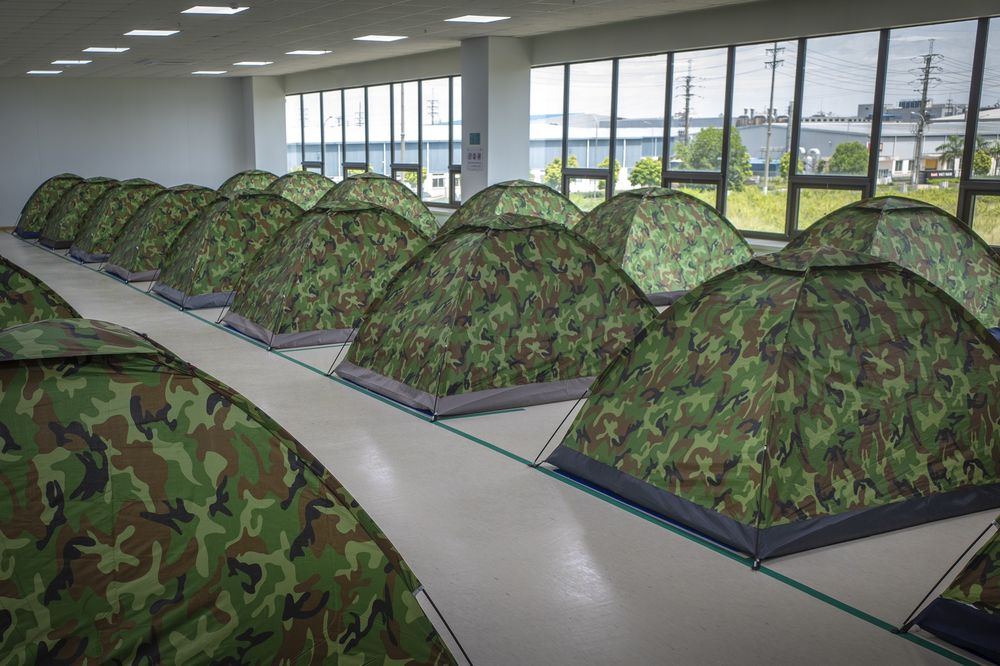